India vs New Zealand, 5th T20I, Weather Report: It's a bright and sunny day in Mount Maunganui for a game of cricket. The maximum temperature will remain around 29*C, while the humidity is expected to be around 44 per cent.

‘Invincible’ India will eye a rare 5-0 whitewash against a bruised and battered New Zealand in the final T20Iof the series on Sunday. New Zealand have never lost all games in a bilateral T20I series (three or more matches) at home. Since 2005, they have only once lost all games in a bilateral T20I series at home, going down 2-0 to England back in February 2008. Also Read - IPL 2021 Points Table Latest Update After RR vs PBKS, Match 4: Punjab Kings Move to 3rd Spot After Beating Rajasthan Royals, Sanju Samson Pips KL Rahul to Take Orange Cap

India will have their mindset elsewhere though, pertinently the experimentation cycle ahead of the T20 World Cup in Australia. The fourth T20I was a step in that direction, but it mostly came to nought with the likes of Sanju Samson and Shivam Dube wasting their opportunities. Elsewhere, with Manish Pandey firming up the number six spot, Shreyas Iyer could be promoted to number three. The bigger question is about the keeper-batsman spot. In the bowling department, Jasprit Bumrah could be rested with Mohammed Shami coming back to maintain the three-pacer theory. Also Read - IPL 2021 RR vs PBKS Report: Sanju Samson Hundred in Vain as Punjab Kings Edge Rajasthan Royals in High-Scoring Thriller at Wankhede Stadium

Meanwhile, Kane Williamson is expected to be fit for the clash, after he missed out in Wellington due to a left shoulder niggle. The Black Caps’ team management were confident of his recovery even on Friday. The hosts will have greater concern over their lack of finishing though, after squandering two last over winning positions in two consecutive games, and the series along with. Also Read - IPL 2021, RR vs PBKS Match 4 at Wankhede Stadium: Weather Forecast, Pitch Report, Predicted Playing XIs, Head to Head, Toss Timing, Squads For Rajasthan Royals vs Punjab Kings

It’s a perfect day for a game of Cricket as there is no major rain interruption is expected in Mount Maunganui. However, it is expected to be cloudy throughout the day, good playing conditions are expected in the evening. The 5th T20I will start at 8 pm local time and 12:30 pm IST. 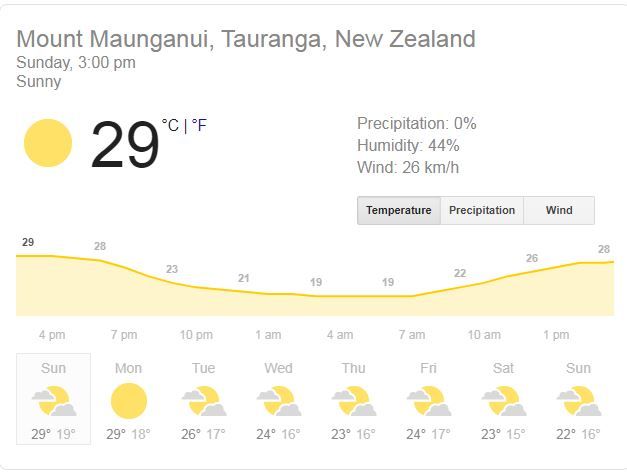 The Bay Oval strip is known to assist the batters and is usually good for batting. Plenty of runs are once again expected when both India and New Zealand take to the field. However, the spinners are likely to extract a bit more than what the fans have witnessed thus far in the five-match series.