India will now take on Australia in the second ODI of the tri-series, also involving England, on January 18 after Cricket Australia decided to swap the first two matches to give appropriate recovery time to the Indian players following the rescheduling of the four-Test series. 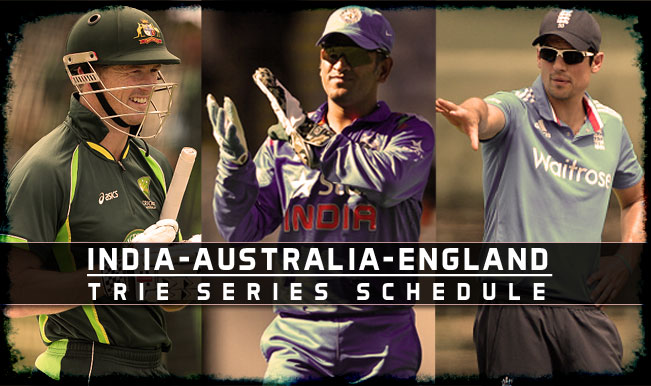 Adelaide: India will now take on Australia in the second ODI of the tri-series, also involving England, on January 18 after Cricket Australia decided to swap the first two matches to give appropriate recovery time to the Indian players following the rescheduling of the four-Test series. According to the revised schedule, the first match of the series will now be played between Australia and England at the Sydney Cricket Ground (SCG) on January 16, while India will take on the hosts in the second game at the Melbourne Cricket Ground (MCG). Also Read - India's R-Value Dips Further, COVID Third Wave Peak Likely in Next 2 Weeks: IIT Madras Study | Top Points

Earlier, India were supposed to play Australia in the opening match of the tri-series, after their tour-game against England at Drummoyne Oval in Sydney on January 12. India will now play a tour match with the date and venue yet to be confirmed. “This change was required to provide the Indian players appropriate recovery time after the tour match which follows the Commonwealth Bank Sydney Test in the lead up to their first Carlton Mid ODI Tri Series match,” Cricket Australia said in a release. Also Read - IND vs SA Dream11 Team Prediction, Fantasy Cricket Hints India vs South Africa 3rd ODI: Captain, Vice-Captain, Playing 11s For Today's India vs South Africa ODI, Injury And Team News of Match at Newlands, Cape Town at 2.00 PM IST January 23 Sunday

“We can confirm the traditional Prime Minister’s XI match against England at Manuka Oval remains unchanged, and will be played on 14 January 2015. “England will now play a Tour match against an ACT XI on 12 January 2015 at Manuka Oval, which was previously to be against India at Drummoyne Oval in Sydney. India will instead play a Tour match with the date and venue to be announced soon,” it added.

The Boxing Day Test — the third one of the 2014-15 Border-Gavaskar Trophy — was the only Test whose schedule has remained unchanged. It will start in Melbourne on December 26. The fourth and final Test will now be played in Sydney but with a delay of three days, now starting on January 6 instead of January 3. Thus, the last Test, which was suppose to finish on January 7, will now end on January 10.

Cricket Australia Chief Executive Officer James Sutherland said: “In light of recent scheduling changes, we have attempted to minimise the impact on the series. “We appreciate the patience of our fans as we continue to work through the impacts of these changes. At the same time, we look forward to an exciting Carlton Mid ODI Tri Series with England and India, which will be a fitting lead-in to the ICC Cricket World Cup commencing in February.”