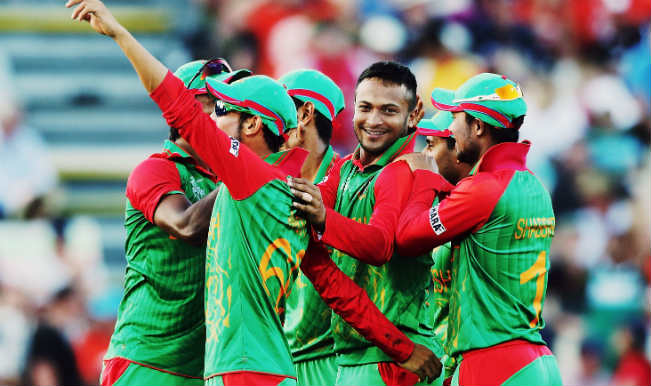 Also Read - On This Day: Rohit Sharma's Masterclass Against Bangladesh in 2019 WC

Former Pakistan fast bowler Sarfraz Nawaz believes that Bangladesh’s recent win over India was nothing but a part of a ploy. According to bdnews24, Sarfraz on a TV show claimed that India lost the match purposely to ensure it gets difficult for Pakistan to qualify for ICC Champions Trophy 2017 to be held in England. Also Read- India’s bowling options, strategy needs a rethink after humiliating ODI series loss against Bangladesh. Also Read - Sachin Tendulkar Was Weak Against Inswing, Virat Kohli Will Surpass Him: Sarfraz Nawaz

When the former pacer was asked about the Bangladesh’s impressive show against India following a series win over Pakistan, he replied that India never want Pakistan in the Champions Trophy, and there must be a conspiracy. Sarfraz has often triggered controversies in the past by speaking tactlessly to the media. Also Read- Blame it on India’s famed batting line-up. Also Read - Shafali Verma Was Given The License to Attack: Shikha Pandey

Bangladesh on Sunday defeated India in the second one-day International (ODI) by six wickets to complete a historic series win. With this victory, Bangladesh now occupies the seventh place in the latest ODI rankings and booked their place for the Champions Trophy 2017 as well. West Indies and Pakistan, who are placed eighth and ninth respectively, will now be fighting for the last remaining place, the cut-off date for which is September 30, 2015.

At the start of the series, Bangladesh needed to win two matches out of six against India and South Africa. But the consecutive victories against India means Bangladesh easily secure their place for the Champions Trophy.