India lose by 3 wickets against England; remain winless Down Under

The final encounter group stage encounter of the Carlton MID tri-series between india and England showed why huge sixes and boundaries aren’t necessarily needed to make a compelling match when the pitch is doing some talking. 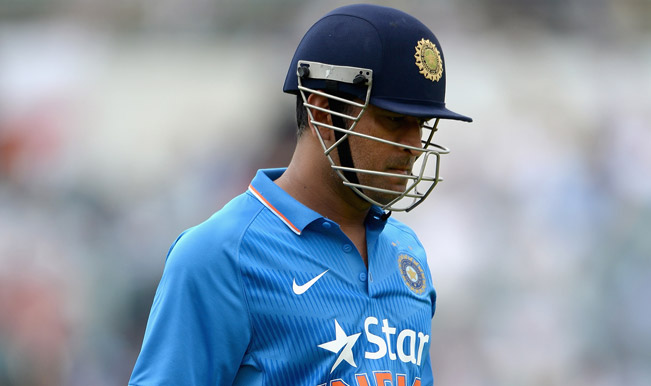 Also Read - India Surpasses Brazil to Become No. 1 In Food Supply To Arab Nations In 15 Years

The final encounter group stage encounter of the Carlton MID tri-series between India and England showed why huge sixes and boundaries aren’t necessarily needed to make a compelling match when the pitch is doing some talking. For once it was good to see batsmen looking to apply themselves rather than bowlers looking for hideouts. James Taylor and Jos Buttler succeeded in mastering the art of playing on the pitch which eventually led to England winning the match by three wickets and going into the final to meet Australia. Also Read - India vs Pakistan: India Eye to Avenge 10-Wicket T20 World Cup Loss vs Pakistan, Schedule to be Announced in January

Quite unlike most times at the WACA in Perth, it wasn’t just the bounce that troubled the batsmen. Mostly it was the pace; or rather the lack of it which made shot-making difficult. Unable to get going, Indian batsmen made too many errors in order to push the run rate higher. Also Read - MS Dhoni's Biggest Secret: A Never Written Text Book That Will Tell You Easy to Understand Details About Leadership, How to Build A Successful Franchise

Shikhar Dhawan and Ajinkya Rahane survived some difficult periods of play to put on a good 83-run stand for the first wicket for India. However, after the loss of the first wicket, the rest of the batting line up failed to add even 30 run-partnership, except the last-wicket pair of Mohammed Shami and Mohit Sharma. Eventually, it was a poor display of willow wielding by the ‘masters’.

However, in a bid to defend the target of 201, Indian bowlers were on target. While Stuart Binny enjoyed the lack of pace and low bounce from one end, Akshar Patel troubled the batsmen with extra bounce from the other. But Mohit Sharma and Mohammed Shami’s inability to add to England’s woes helped the Poms get away. Jos Buttler and James Taylor were at the crease with England reeling at 66 for five at one stage, before the duo took centre-stage to put up a resilient act.

They added a century stand to help England to the final and ending India’s two and a half month journey Down Under without a win before the World Cup. Catch the revised schedule of the India-Australia-England tri-series here