Everyone in Australia praised the support and co-operation shown by both Indian team and BCCI during the crisis hour taken place in last few days. 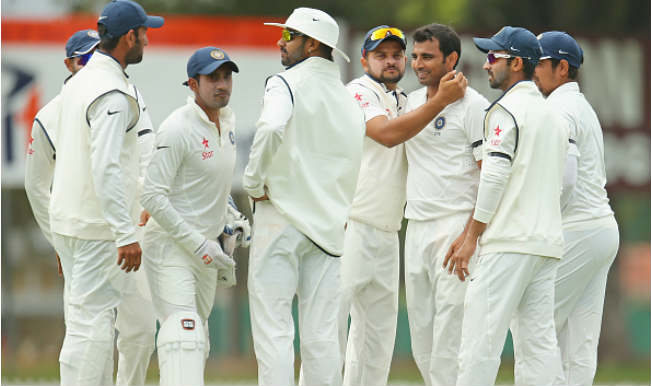 The cricket is gradually returning back on pitch after the tragic death Australian cricketer Phillip Hughes brought a halt to the game for India and Australia side. But as they say, the show must go on, a day after Hughes’s funeral, touring Indian side led by Virat Kohli returned to Gliderol Stadium in Glenelg to take on Cricket Australia XI for a two-day match. India’s tour of Australia that would have kick-started from today in Gabba had the unfortunate incident not taken place. The first Test has been rescheduled to take place on December 9 in Adelaide Oval. Also Read - India vs Australia 1st Test: Ravichandran Ashwin Predicts Adelaide Pitch Becomes Better to Bat as Test Match Progresses

National talent manager Greg Chappell in a statement said, “11 of Australia’s brightest cricket prospects took the field at Gliderol Stadium in Glenelg, including the 21-year-old Turner, young Victorian allrounder Alexander Keath and highly-rated NSW keeper-batsman Carters. “This is another great opportunity for some of our most exciting young cricketers to test themselves against one of the strongest international teams,” Also Read - IND vs AUS | Certainly Not Our Best Performance But Credit to Indian Bowlers: Australia Captain Tim Paine

Everyone in Australia praised the support and co-operation shown by both Indian team and BCCI during the crisis hour taken place in last few days. “We appreciate the understanding and cooperation shown by the Board of Control for Cricket in India (BCCI), who has been nothing but supportive during this tragic time,” said Pat Howard, CA’s Executive General Manager of Team Performance.

“They have put the welfare of the Australian national and domestic players, as well as the cricket community’s concerns for Phillip Hughes’s family, well ahead of their own preparation. “We have a responsibility to provide international teams with adequate preparation ahead of international series and we feel that this two-day tour match will prove sufficient.” India completed a two-day match at the same venue a week ago, and while regular captain MS Dhoni will not be ready for this tour game, he could return for the opening chapter of the four-Test series.