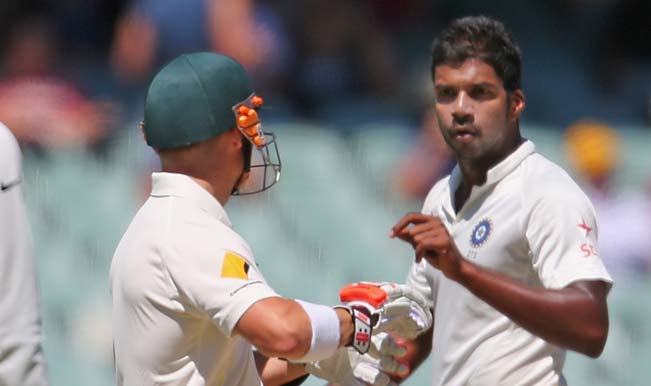 Watch the free live cricket streaming as Australia is set to resume at 221 for four on Day Two of the second Test match at the Gabba in Brisbane on Friday. The new Australian captain, Steven Smith and Mitchell Marsh will be coming out to lead Australia’s fightback after debutant Josh Hazlewood and Nathan Lyon did a stellar job to bowl out India for 408. The match is set to start at 5.30 am Indian Standard Times (IST) with live coverage in India on Star Sports 1, Star Sports 3 and Star Sports 1 HD. Indian viewers can watch the first Test match at Adelaide via live cricket streaming on the official website of Star Sports. Also Read - Schools Reopening From Monday | What Back to Classes Might Look Like Amid Pandemic

On day two, Indian pacer Umesh Yadav picked up three wickets to restrict Australia to 221 runs for four, in reply to India’s first innings score of 408, when bad light stopped play on the second day of the second Test here Thursday. Umesh was the pick of the Indian bowlers, bowling an accurate line and length to claim three for 48 from his 13 overs. He dismissed well-set batsmen Chris Rogers (55), David Warner (29), Shun Marsh (32) quotes IANS.  Also Read - COVID-19: With Spike of Over 96,000 Cases, India's Tally Crosses 52-Lakh Mark, Deaths Near 85K

Off-spinner Ravichandran Ashwin (one for 66) took the other wicket (Shane Watson 25). Skipper Steven Smith was leading the home team’s charge, with an unbeaten knock of 65 with Mitchell Marsh (batting seven) in tow, when bad light halted play.