India vs Australia 2014-15: Ian Healy calls for players from both sides to curb bitterness

Kohli and Johnson's tiff on day three of the third Test aggravated with Warner too engaging in a spat with the Indian vice-captain. 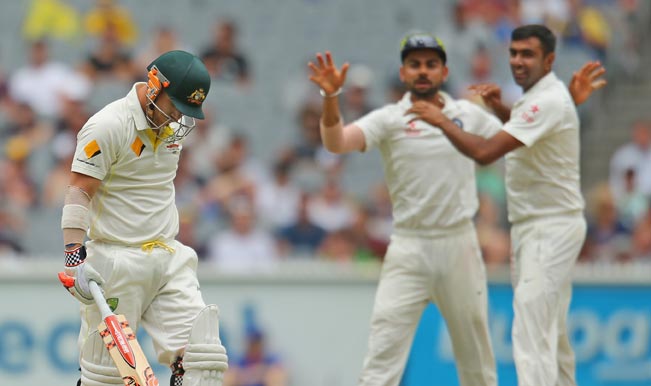 Sydney, Dec 29: Former Australian Test great Ian Healy is of the opinion that the bad blood between the current team and India in the ongoing Test series has gone too far. Tensions threatened to explode on Sunday in the ongoing Boxing Day Test when Mitchell Johnson hit Virat Kohli while trying to run him out and it continued on day four as the match progressed. David Warner engaged with several of the Indians in the field during his quickfire 40 and Healy said that it’s time for it to stop, News.com.au reported. Also Read - IPL 2020: Kangana Ranaut Supports Anushka Sharma in Sunil Gavaskar Controversy, But Accuses Her of 'Selective Feminism'

Healy said that he reckons it’s out of control. There had been a delay to the start of the second session on the fourth day of the third Test because of rain in Melbourne. Earlier on Sunday, star Indian batsman Virat Kohli slammed Australia’s sledging, claiming that he had no reason to respect their pace spearhead Johnson and insisting that the hosts’ players called him a spoilt brat. Already up 2-0 in the four-match series, Australia can win the series by drawing the ongoing third Test, the report added. Also Read - India's COVID-19 Tally Surpasses 59 Lakh-mark, Deaths Stand at 93,379; Recovery Rate Reaches 82% | Key Points