The ongoing India versus Australia Test match series has captured the imagination of cricket fans around the world. One match down, three matches are still remaining. The focus now shifts on the second Test match and it will be interesting to see the body language of both teams after Australia blanked India in the first Test match, a result that took everyone by surprise.Also Read - Bayern Munich vs Barcelona Live Streaming Champions League in India: When And Where to Watch BAY vs BAR Live Stream UCL Match Online and on TV

Here are the all-important details regarding the upcoming second Test match:  Also Read - Real Madrid vs Inter Milan Live Streaming UEFA Champions League in India: When And Where to Watch RM vs INT Live Stream UCL Match Online and on TV

When is the India vs Australia 2017 2nd Test? Also Read - Jamshedpur FC vs ATK Mohun Bagan Live Streaming Hero ISL in India: When and Where to Watch JFC vs ATKMB Live Stream Football Match Online on Disney+ Hotstar; TV Telecast on Star Sports

The second Test match begins on March 4 (Saturday). The action on Day 1 of the match begins at 9.30 am. It remains to be seen that how long will the match last. The first Test in Pune finished well within three days. Also check-India vs Australia, 2nd Test Match, Live Score

Where will the India vs Australia 2017 2nd Test be played?

The second Test match will be played at the famous M Chinnaswamy Stadium in the city of Bangalore. 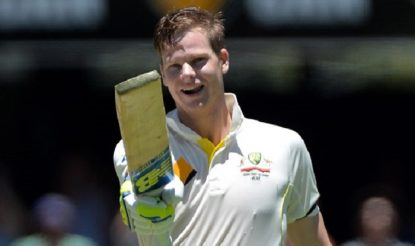 If you want to watch the match online, then log on to Hotstar.com.

What are the squads of the two teams for India vs Australia 2017 2nd Test?

Below are the two squads for the Bangalore Test match-