Meanwhile, Anushka and Virat were spotted enjoying some downtime in Nottingham. Here is the video.

Virat Kohli posted a picture with Anushka captioned, “Day out with my beauty!”

Day out with my beauty! @AnushkaSharmapic.twitter.com/ksurAb0VQH

The couple seems to be having a ball in the UK, but that seems to be annoying fans. Here are some of the replies of fans that prove so. 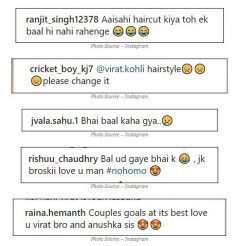 Earlier, Anushka was trolled after see appeared in MS Dhoni’s 37th birthday, fans subtly roasted the actress over her expressions. Here is that picture. 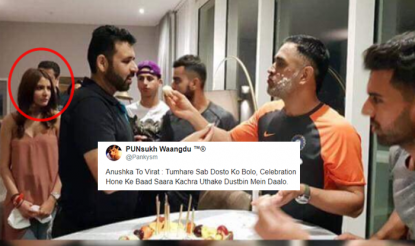 When Anushka got trolled

Meanwhile, Anushka and Virat were spotted enjoying some downtime in Nottingham. Here is the video.

On the streets of Nottingham

Meanwhile, after an emphatic T20I series win, Virat Kohli’s team India is brimming with confidence and that would help them enter the upcoming five-match ODI series in style. This could be the final XI for both the teams.