Kohli would be eager to come good in England as it is the only country where he has not got the kind of success he is expected to get.

Indian captain Virat Kohli is arguably the best batsman in the world. But what comes with a lot of fan following is trolls. Social detectives start working overtime to find faults and that does not help anyone. Being the best batsman in the team and a phenomenal advertising product, Virat at times becomes the prey of social media. Also Read - India vs England 2021 Live Cricket Score, 4th Test, Day 2: Pujara, Rohit Aim to Build on Advantage

This is the baggage that comes along with being a star in a country like India, where cricket and cricketers are worshipped. Also Read - India vs England, 4th Test: Axar, Ashwin Share Seven Wickets to Give Hosts The Upper Hand

Here are the memes. 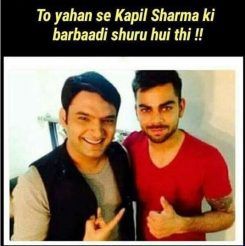 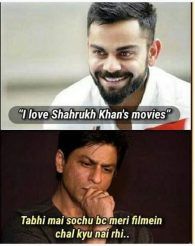 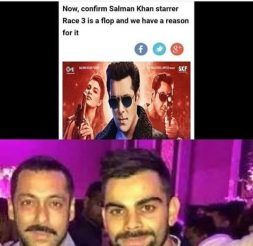 A post shared by Indian Empire Official (@indianempireofficial) on Jul 2, 2018 at 9:50am PDT

It is difficult to agree with the memes. Not just the negatives what trollers feel, Virat has always played the perfect husband when it came to defending his now-wife Anushka Sharma after she was trolled following Virat Kohli’s poor run.

Meanwhile, India will lock horns with England in the decider of the ongoing three-match T20I series at Bristol. The series is locked at 1-1. Kohli would be eager to come good in England as it is the only country where he has not got the kind of success he is expected to get.

(This is a humour piece, please do not take it seriously)