England fall 0-3 in ODI series against India with one match remaining to play. 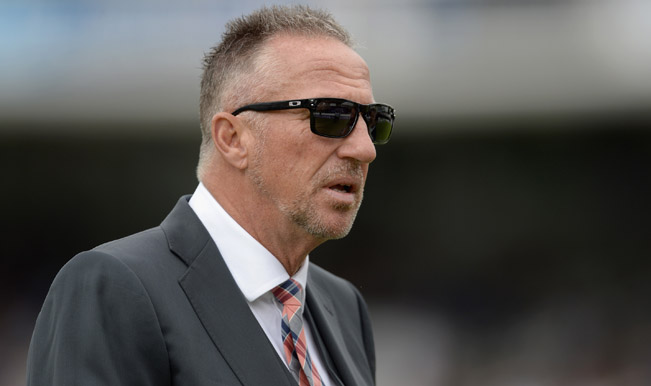 London: Angry and sad at the way England have been outplayed in the ongoing ODI series against India, former captain Sir Ian Botham and retired spinner Graeme Swann said the performance of the side led by Alastair Cook is nothing short of an “embarrassment”. “Rarely have I been so angry at watching an England cricket team perform. What I saw at Edgbaston was a joke. Also Read - After Failing 157 Times, Man Finally Passes His Learner's Test for Driving

A total embarrassment from a team who should have designs on winning a World Cup in six months’ time,” Botham said in his column for ‘The Mirror’.  “Instead, they’ll be lucky if they win an egg cup between now and then playing like this. They just never learn and it upsets me to see them making the same mistakes time and time again. The one-day game has changed and we have failed to change with it,” he added. Also Read - UK PM Boris Johnson Announces England-wide Lockdown Amid New Coronavirus Strain

Botham’s sentiments were echoed by Swann after England lost the fourth ODI by nine wickets here thereby conceding a 0-3 lead to India in the five-match series. “It is boring and embarrassing cricket. We haven’t caught up with the rest of the world. It is so outdated, outmoded and old fashioned and the whole strategy and outlook must change,” he said.

Botham said England have failed to catch up with the aggression that is required in the shorter formats of the game. “When are we going to wake up and realise that positive, attacking cricket is what the 50-over game is about, not half-hearted prods to get to 250? There must be players out there who are capable of taking the risks needed to score runs at a faster rate, because this lot certainly aren’t,” he said.

Swann said England’s lack of effort to change according to the present challenge has left him feeling agitated. “If the England management, captain and selectors cannot see there is a burning issue that needs to be changed, then I am worried, angry and sad,” he said. Former skipper Alec Stewart also felt that England’s tactics were outdated. “We are playing one day cricket as if it is still 1995. We need a change of mindset, game plan and culture.”