India vs Pakistan Asia Cup 2014: The key players who can be match winners

Cricket has always been a team game and the team that performs well altogether always walks out victorious but both the teams have quite a number of players who on their day can win the match on their own. 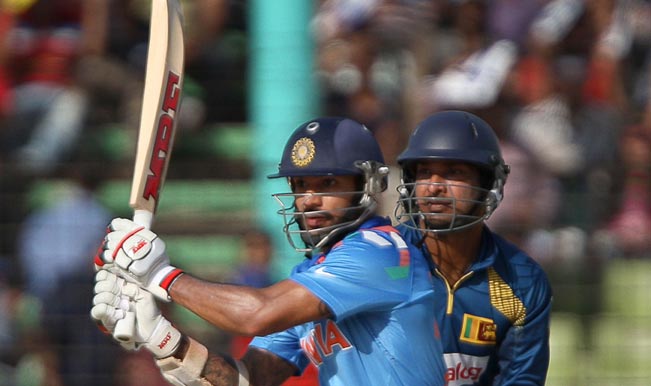 India and Pakistan are going to face each other for the 126th time in their history in the Asia Cup 2014 and each time they have met the pressure has been top notch and the electricity of the event is like none other. The fact that this will be a do or die game for both the teams will also add up in to the already upped enthusiasm of the teams. Cricket has always been a team game and the team that performs well altogether always walks out victorious but both the teams have quite a number of players who on their day can win the match on their own. Also Read - India vs South Africa: BCCI Waited Two Days For Virat Kohli To Give Up His ODI Captaincy

Here we take a look at some of the key players whose good or bad performance can create a difference in the final result. Also Read - Rohit Sharma Replaces Virat Kohli as Team India's ODI Captain: Here's How Twitter World Reacted on BCCI's Big Announcement

1. Virat Kohli: The Indian captain has been in some terrific form in the last 3 years or so, whenever he steps out on the pitch to bat he seems like scoring a century. If Pakistan has to win this match they need to put him back in the dressing room as soon as possible. Pakistan may not have forgotten his record in Bangladesh and his 183 which he scored against them in their last encounter in the Asia Cup.

2. Ravindra Jadeja: Sir Jadeja has been in brilliant all round form in the past 5 months or so. He seems to be doing everything right when it comes to cricket. His bowling in the previous match nearly won the match for India. Pakistan must be wary of sir Jadeja and handle him with caution.

3. Bhuvaneshwar Kumar: Bhuvi has not been in great form lately but his record against Pakistan has always been amazing and he would love to maintain that record in the asia cup as well.

4. Shikhar Dhawan: The south paw returned to form in the last match and the whole world knows how dangerous he can be when he is in form. If he gets India off to a flyer and Virat to bat after that, Pakistan’s chances might look very weak to win the match. 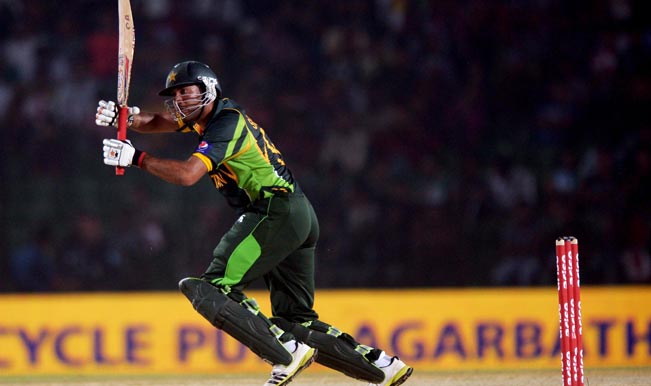 1. Saeed Ajmal: The off spinner is the best limited overs bowler in te world and his records speaks for himself. If he gets his rhythm than the already confused Indian batting line up might end up in a heap of trouble.

2. Junaid Khan: The left hander has troubled the Indian batsmen on more than one occasion. He can swing the ball both ways and has a mean yorker as well. The Indian opener have to be very careful in fending him off otherwise the result of the match might shift into Pakistan’s favor very early.

3. Umar Akmal: This talented wicket keeper batsmen has been in terrific form in this Asia Cup so far. He has shown promise on many occasion but now it seems that he is finally learning from his past mistakes and looking to play longer and match winning innings.. Once again he will be the key factor when it comes to the Pakistan batting line up..

4. Misbah ul Haq: When it comes to an India-Pakistan match this guy has always been the thorn in the flesh for the Indians as of late. If the Indians can atleast send him to the pavilion before its too late they would have won half the battle. Even though his strike rate in one day cricket is comparatively on the lower side his performances against India completely contradicts the stats, which in simple words mean that he saves his best for the arch rivals.

Its not even a question that all the players in both the teams are match winners in their own right but you can’t deny the fact that the above mentioned players hold the key when it comes to the India vs Pakistan match in the Asia Cup 2014 tomorrow. All of them either in good form or they save their best for the arch rivals. So we can only hope that we will get to see another classic for the ages.