It has always been more than just a match being played between two sides and 22 players on ground. 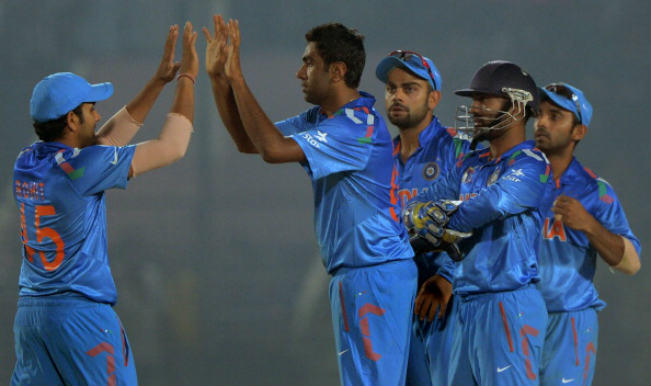 All time blockbuster match between two of the biggest cricketing nations is going to take place on the coming 2nd March. Yes we are talking about – ‘The Match of 2014’ -India vs Pakistan match in the 12th Edition of Asia Cup 2014. It has always been more than just a match being played between two sides and 22 players on ground. Outside the ground, there are millions jeering their favourite team. And it is not going to be different this coming Sunday when they take on each other. Also Read - India Were Scared in T20 World Cup Match Against Pakistan: Inzamam-ul-Haq

India and Pakistan have faced each other in this tournament which is present since 1984 on 11 occasions. India will walk into the coming match against their oldest rivalry with slight confidence as they lead head to head by winning five matches against their four matches win. On two occasions the result did not go either side. Also Read - T20 WC 2021 India-Pakistan Match Most Watched in T20I History, ICC Reveal Staggering Numbers

We take a look at all those encounters between India and Pakistan in Asia Cup.

Brief Score: India 188/4 and Pakistan 134 all out, playing at Sharjah Cricket Association Stadium on 13th April, 1984.
Man of the Match: SC Khanna (India)

India vs Pakistan – No Result in 1997 Asia Cup, Colombo

India vs Pakistan – No Result in 1997 Asia Cup, Colombo

Brief Score: Match was abandoned without a single ball bowled due to rain and bad light on 21st July, 1997

Brief Score: Pakistan 295/7 and India 251 all out in Bangabandhu National Stadium, Dhaka, Bangladesh on 2nd June
Man of the Match: Yousuf Youhana (Pakistan)

Will India continue with their dominance over Pakistan in this tournament? We will have to wait till Sunday to catch the ‘Match of the Year’.