India vs Pakistan Asia Cup 2014: Will the debutants make any difference in the thrilling encounter?

It makes no difference how many matches you have played. India-Pakistan game is a different ball game altogether. 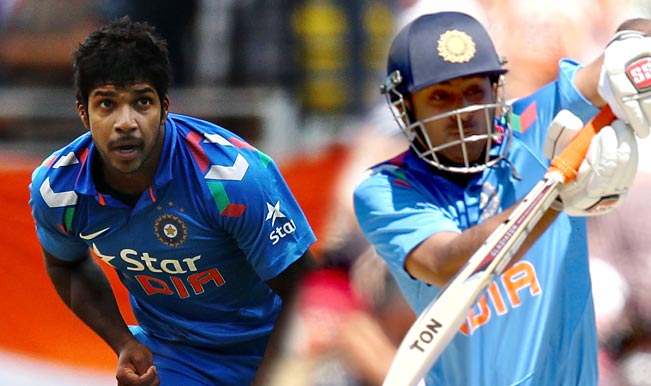 Also Read - Why Ashwin Got Into An Argument With On-field Umpire; Watch Video

As both India and Pakistan clash in Asia Cup 2014, among some known faces there are players from both the sides who will be making their maiden appearance in an India vs Pakistan ODI match. It makes no difference how many matches you have played. India-Pakistan game is a different ball game altogether. Also Read - India vs New Zealand: Wriddhiman Saha Walks Off The Field Due To Neck Stiffness; KS Bharat To Keep Wickets

We list players from the countries who may get a chance to be part of the high voltage drama called India vs Pakistan: Also Read - India Were Scared in T20 World Cup Match Against Pakistan: Inzamam-ul-Haq

Ambati Rayudu and Cheteshwar Pujara: They both are poles apart. Pujara is well known commodity at test level and is branded for his stability whereas Rayudu is a kind of batsman who looks to take on opposition with aggressive stroke making.There is a possibility only one of them will get a game tomorrow.

Varun Aaron and Stuart Binny: Varun Aaron this Jharkhand bowler is known for his pace and will be raring to have a go at Pakistani batsmen provided he gets a nod in final playing eleven as he is in competition with Stuart Binny. Stuart is the son of former Indian all-rounder Roger binny.Like father, like son he is a medium pace bowler andeffective with bat as well. 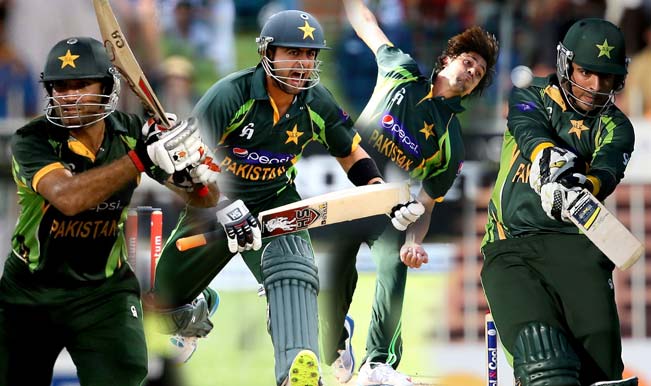 Ahmed Shehzad and Sharjeel Khan: Even though Shehzad has faced India before but that was in a T20 format, 50 over is a different ball game and his work is cut out to provide solid start up the order. Like his opening Partner, Sharjeel a left handed batsman will look to curtail Indian Bowlers upfront. He has replaced Nasir Jamshed who in the past had good run against Indians. He won’t mind fitting in his shoes on big occasion.

Sohaib Maqsood and Anwar Ali: Tall, well-built middle order batsman who looks like the mixture of greats Inzamam ul Haq and VVS Laxman is an aggressive player. His ability to hit big shots down the ground makes him a dangerous customer. Skinny right arm fast bowler of U19 world cup 2006 fame, Ali he ran through Indian batting line in the finals is a grown up kid now and is fairly handy with bat as well. Interestingly he had wickets of Cheteshwar Pujara, Rohit Sharma and Ravindra Jadeja in that game; he will be looking out for them, again.

Will these players be able to take on the pressure of India vs Pakistan match and live upto the expectations? That only time will tell.