Past records will have little relevance as the two teams look to renew their rivalry and take some brownie points. 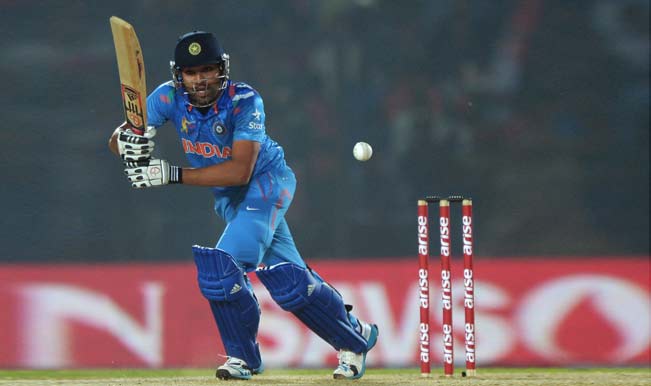 Fatullah, Mar 1: India plays arch-rivals Pakistan in the make or break match in a two-way battle between the traditional rivals to be the other finalists in the five-nation Asia Cup 2014 tournament. Both teams go into the match on an even keel, a win and one loss each, but the defending champions Pakistan have a slight edge as they have a bonus point in their kitty from their win against associate nation Afghanistan. Also Read - IPL 2020, MI vs DC in Dubai: Prediction, Probable Playing XIs, Pitch Report, Toss Timing, Squads, Weather Forecast For FINAL

Sri Lanka is assured a place in the final following back-to-back victories over Pakistan and India. India registered a facile victory over hosts Bangladesh in their tournament opener but went down to Sri Lanka by two wickets on Friday. Pakistan lost their opening match to the same opponent by a narrow 12-run margin. Both the skippers – Virat Kohli and Umar Akmal – have been among runs and have scored a ton in the tournament.
Also Read - Women's IPL 2020 FINAL MATCH HIGHLIGHTS, TRA vs SUP Women's T20 Challenge 2020 Score And Online Updates: Smriti, Salma Star as Trailblazers Beat Supernovas by 16 Runs to Win Title

Past records will have little relevance as the two teams look to renew their rivalry and take some brownie points. A new look middle order’s lack of execution would be a concern for the Indian team which was on course for a 300-plus total but fell short with the middle order collapse.

India, however, can take heart from the fact that Rahane and Dhawan are back among runs to provide a great support to Kohli.
It remains to be seen how India turn it around against their traditional foes but Pakistan, on their part, would not spare an inch when the two clash for the first time after their meeting in the ICC Champions Trophy, which Dhoni’s men had won in a rain-affected match. Pakistan, too, face similar batting woes and the onus would be on skipper Misbah-ul-Haq to start fresh after his farcical run out without even facing a ball. Number three batsman, Mohammad Hafeez’s form will also prove to be crucial in a tense match like this, as also the match-winning allrounder Shahid Afridi, who continues to play mindless cricket.
Teams (from):
India: Virat Kohli (c), Rohit Sharma, Shikhar Dhawan, Ajinkya Rahane, Dinesh Karthik (wk), Ravindra Jadeja, Stuart Binny, Ravichandran Ashwin, Bhuvneshwar Kumar, Mohammed Shami, Cheteshwar Pujara, Amit Mishra, Varun Aaron and Ishwar Pandey.
Pakistan: Misbah-ul-Haq (c), Sharjeel Khan, Ahmed Shehzad, Mohammad Hafeez, Sohaib Maqsood, Umar Akmal (wk), Shahid Afridi, Anwar Ali, Umar Gul, Saeed Ajmal, Junaid Khan, Mohammad Talha, Abdur Rehman, Fawad Alam.
Match starts: 1.30pm IST
Catch the Live Score of India vs Pakistan Asia Cup 2014 Match here
For updated points table and team standing for Asia Cup 2014 tournament click here