The much-awaited clash of ICC Cricket World Cup 2019 between arch-rivals India and Pakistan will take place on Super Sunday at the iconic Old Trafford cricket ground in Manchester. While the fans across the world are waiting with bated breath, Google scorecard shows the win predictability heavily in favour of India. Also Read - Rohit Sharma's Injury More Severe Than Believed Initially: Reports

If Google’s win predictability matrix is to be believed, a ‘strong’ and ‘stable’ Indian side with 69 per cent are the hot favourites for this game against the ‘inconsistent’ and ‘fragile’ Pakistan. With a 69 and 31 ratio heavily in favour of the Men in Blue, they are expected to avenge the heartbreaking loss at the ICC Champions trophy 2017 against the Men in Green. Also Read - India vs Australia 2020 Full Schedule Announced: Dates, Venues, Timings And All You Need to Know

However, the cricket is a game of glorious uncertainties but past records have put India in a strong position. Since the 1992 World Cup, when they met first, Pakistan hasn’t won a single match against India in six encounters. Also Read - Anushka Sharma Wears a Striking Maternity Dress Worth Rs 2.5k, Cheers For Husband Virat Kohli From The Stands, See PICS

India did not meet the arch-rivals in the 1975, 1979 and 1983 World Cups. The two major cricketing nations finally locked horns with each other in the 1992 edition of the marquee tournament in Australia. Pakistan won the Cup under the able-leadership of Imran Khan but they could not beat India and ever since India has met them on five occasions and won none.

So far in the tournament, Team India remain unbeaten with victories over South Africa, mighty Australia, and points were shared with New Zealand due to washout, while Pakistan registered a win over host England and lost the game against West Indies, Australia and shared a point with Sri Lanka as the match washed out.

More than anything else, the result of the match would depend much on rain god. For now, the old childhood poem with a twist —Rain, rain go away, come again another day, India-Pakistan want to play.

TOSS – The toss between India and Pakistan will take place at 2.30 PM 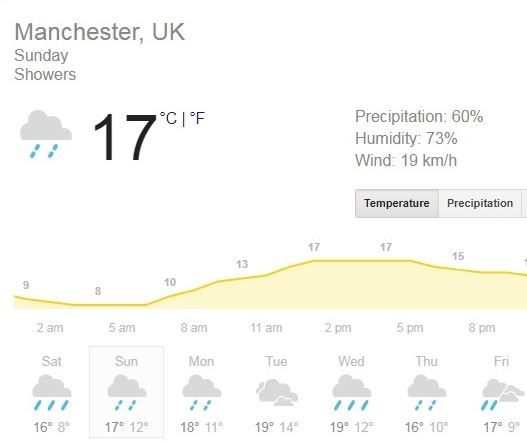