Why couldn't India defeat Pakistan? Here are some of the reasons which will provide answers. 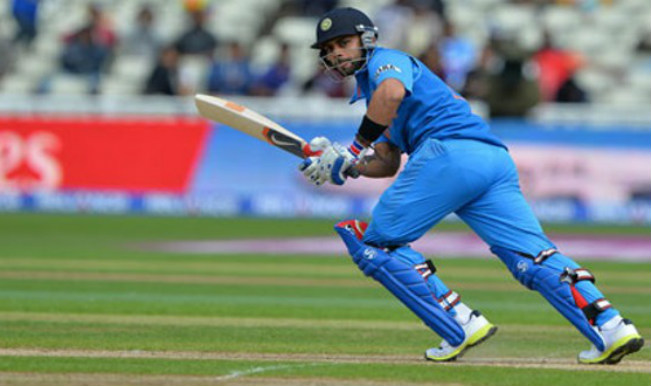 49.4 Ashwin to Afridi, 3 needed off 3, SIX, it is high in the air, clears long-on. India has lost! With this portion of commentary, Indian fan’s hopes of victory were drenched into dismay, as Pakistan defeated India by 1 wicket in an Asia cup match. After, fighting till the end why India failed to take advantage home? Why India could not defeat Pakistan? Here are some of the reasons which will answer these questions:Also Read - Rohit Sharma Replaces Virat Kohli as Team India's ODI Captain: Here's How Twitter World Reacted on BCCI's Big Announcement

Openers failed to put on a partnership: Shikhar Dhawan fell early with score reading 18-1 in 2.6 overs. In last eight matches Rohit Sharma and Shikhar Dhawan have just twiceput on a 50 run or more partnership. Not only this, the last match in which the duo together went past 50 runs or more was way back in India vs. Australia 7th ODI on 2nd November 2013, at Chinnaswamy Stadium, Bangalore. (Read: Things to get over the India loss) Also Read - BAN vs PAK, 2nd Test: Sajid Khan Scripts Series Win For Pakistan Against Bangladesh

Missed Chances: Dinesh Karthik missed one easy stumping when Sohaib Maqsood went dancing down the ground, R Ashwin was the bowler on that occasion and not only that, India also failed to inflict run outs by missing direct hit at stumps. Remember? Ambati Rayudu missed one from mid-on, Again Sohaib Maqsood would have been on the receiving end.

Junaid Khan takes Single: It was the second ball of Pakistan innings last over, when India let Junaid khan off the hook and he thus managed to give Shahid Afridi that all-important strike back. Had they stopped Junaid from taking single, it could have been a different tale altogether.

Fast bowlers and Jadeja disappointed: Bhuvneshwar Kumar and Mohammad Shami failed to make early inroads as Pakistani openers put on 71 for the first wicket and reduced the burden on their impulsive middle order. Otherwise economical Ravindra Jadejawas also expensive and returned with figures of 61-0 in his quota of 10 overs.

To sum up it was a bad day at office for India and its fans were dejected and disappointed to see India virtually crash out the Asia cup.