Leading the three-match T20I series 1-0, hosts Zimbabwe will be eyeing their first series win over India

After a poor show in three-match One-Day International series, which Zimbabwe lost 3-0, the home side did well to register a narrow win in the first T20I against India. The hosts now, in the second T20I, will be eyeing their first series win over India. Also Check- India in Zimbabwe 2016- Full CoverageAlso Read - India vs Zimbabwe 3rd T20I 2016 Preview: India look to wrap up Zimbabwe tour with yet another series win

The two sides have met each other twice in T20I series. India won the first one in 2010 by 2-0 and then last year Zimbabwe managed to draw the two-match series after going down in the first T20I. Having secured an early lead, Zimbabwe will want to capitalise on it and clinch the three-match series. Also Check- India vs Zimbabwe 2nd T20I Live Score  Also Read - Clinical India beat Zimbabwe by 10 wickets in 2nd T20I to stay alive in series

With India needing eight runs to win from the last over and MS Dhoni at the crease, Neville Madziva did a superb job to help his side win by two runs. Madziva gave away only five runs and picked a wicket of Axar Patel, who played a good little cameo. Also Check- India vs Zimbabwe 2016 Schedule Also Read - Barinder Sran, Jasprit Bumrah help India restrict Zimbabwe under 100 in 2nd T20I

While Zimbabwe will look to retain the winning combination, India might tinker with the bowling unit and replace Jaydev Unadkat with Barinder Sran. Unadkat proved to be expensive in the opening T20I and gave away 43 runs in his four overs, 21 of which came in the penultimate over. The pacer failed to pick any wicket as well. 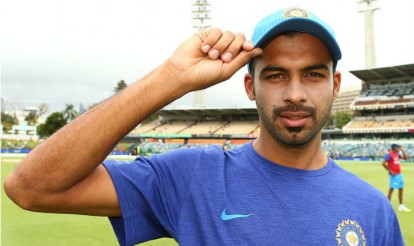 Zimbabwe’s win in the first T20I was their second over India. India has won three out of five matches played between the two sides.

Here is a look at squads: