Spanning over a month and a half, the IPL 2016 has many attractions, and here we list few things that are new this IPL

Spanning over a month and a half, the ninth edition of IPL has many attractions. There is a lot on offer for fans, and here we list few things that are new this IPL. Also Check- IPL 2016: Funky promo set to the tune of Malayalam song ‘Pistah’ released Also Read - IPL New Team Auction: Twitterverse React to Ahmedabad and Lucknow Inclusion in the Cash-Rich League

Two new teams: Two new teams- Rising Pune Supergiants and Gujarat Lions will be part of the IPL 9. However, the total number of participating teams remains same that is eight. These two teams will certainly bring new colours to IPL. Also Read - IPL is Proving to be a Wonderful Instrument in Globalising Cricket, Sourav Ganguly Reacts as BCCI Announce Ahmedabad and Lucknow as Two New Teams

It is Dhoni vs. Raina: After playing together for eight seasons, MS Dhoni and Suresh Raina (The Jai-Veeru of IPL) will be part of two different teams for the first time in the history of IPL. Dhoni was picked by Pune franchise while Raina went in Rajkot’s kitty. Both players will lead their respective sides. 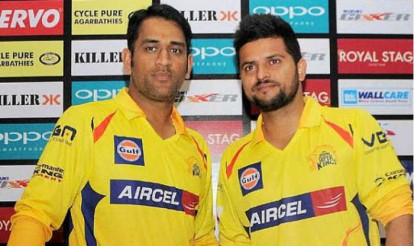 Zaheer Khan as captain: Yes, ZAK is back! The left-arm fast bowler, who retired from international cricket last year, will probably be seen in action for the last time. Zaheer, who featured in only seven games (out of 14) for Delhi Daredevils last season, is back with an added responsibility of captaining the side. We all know how astute this left-arm pacer is!

Mentors: Virender Sehwag may have retired from other forms of cricket and IPL, Rajasthan Royals’ of which Rahul Dravid was part of may have been suspended, but we will still see these two stars this IPL. Yes, both will be donning the cap of a mentor. Sehwag will mentor Kings XI Punjab while Dravid will help Delhi Daredevils.

New captain for KXIP: Having led by George Bailey for last two editions, Kings XI Punjab named left-handed batsman David Miller as team’s captain for this year’s IPL. Miller has been with Punjab side since IPL 2012.