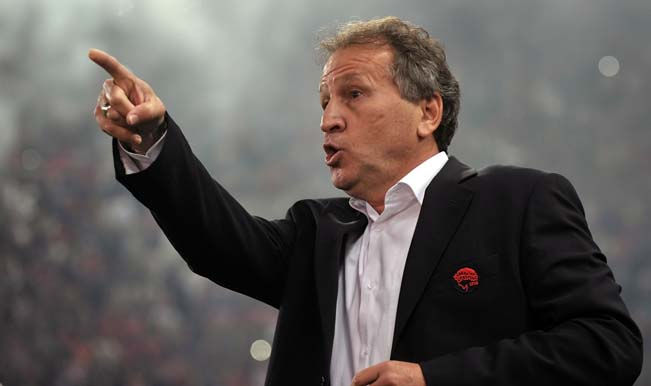 Zico had stints in Asia with Japan, Iraq and Qatar’s Al-Gharafa.

Panaji, Sep 19: Football legend and globetrotting coach Zico believes that the imprint of the ‘beautiful game’ is getting deeper roots in Asia as he embarks on his first assignment in India. The former Brazilian attacking midfielder has signed up for his first Indian engagement as the coach of Indian Super League (ISL) team FC Goa, after a string of assignments in-charge of Asian teams in Uzbekistan, Japan, Iraq and Qatar, among other countries. Also Read - ISL 2020-21: Jamshedpur FC Sign Seasoned Goalkeeper TP Rehenesh

“Asia is getting stronger and I have not come here to be a passenger. I have come here to be a part of the development of the game,” Zico told IANS during an interaction here. His notes and observations about Asian teams are frank as well as educative. The Indian team of a decade back, he said, was simply not up to the mark. Also Read - East Bengal to Play in Indian Super League 2020: West Bengal CM Mamata Banerjee

“In 2004, the players left much to be desired. They were short in stature. Also physically they were not well-endowed,” said Zico, who has played for Brazil in three World Cups but was unlucky to never lift the coveted trophy. FC Goa is jointly promoted by three club owners – Anirudh Dhoot, a director with Videocon; Srinivas Dempo, chairman and managing director of the Dempo Group of Companies; and Dattaraj Salogaocar, managing director of V.M. Salgaocar and Company. Also Read - ISL: Chennaiyin FC Announce Csaba Laszlo as Head Coach For 2020-21 Season

And, in what could be a further indictment of decrepit Indian footballing standards, Zico, who has coached four Asian teams, including the national sides of Uzbekistan, Japan and Iraq in the recent past, says he doesn’t know much about the country’s footballing culture or its players. Despite having signed on with FC Goa, Zico claimed he did not know much about the players in his team.

Not having a hand in team selection is not a problem according to the officially endorsed FIFA legend, who claims that in a club everyone has his job cut out and there’s no need for overlap. 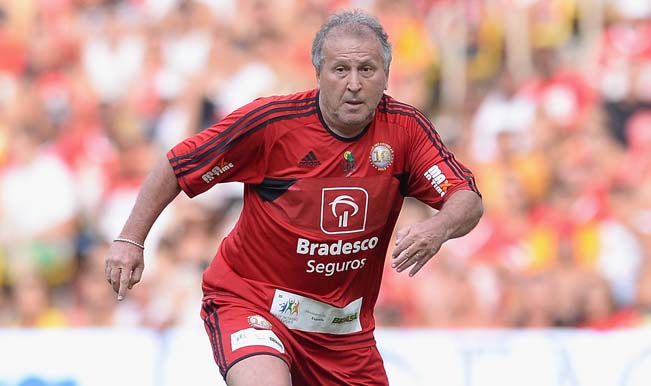 Zico, one of Brazil’s best, to not win the FIFA World Cup.

“Players belong to the club and not the trainer. It is up to the board of directors to select the players. My job is to train them. I work with the players that I have. Each one in the club, maybe the president, vice president, have their own allotted duties and responsibilities. They do their part and I do my part, which is training,” Zico said.

“When I met the players on Thursday my job was to make them better players so that they do well. That’s my job. It’s very easy to get players, Mr. Dempo can get (sign) Messi or Cristiano Ronaldo tomorrow. It’s up to him what players to bring,” the legend quipped. His stint as the coach of Japan, his first major success, was about starting from scratch, Zico explained.

“In Japan, there was no professionalism at all. But the biggest advantage I had was that everyone in the Japanese team was united and wanted to progress from amateur football to professional football,” he recalled. Zico incidentally had two stints in Japan, one as player and manager at the Kashima Antlers club team and later as the coach of the Japanese national team with whom he won the 2004 Asia Cup. In Turkey, Zico says, he successfully managed to change the outlook of the footballers and fans to a more global level.

“In Turkey, they’ve been concentrating on the internal football league only. I tried to change their mentality and encouraged them to venture beyond their comfort zone and look towards the international arena. That is how they took the initiative to play in Europe and other parts of the world,” he said.

Appointed as the coach of the Iraqi national side in August 2011, Zico said he had to hit the ground running, even as he resigned in November of the next year, triggering a spot of controversy. 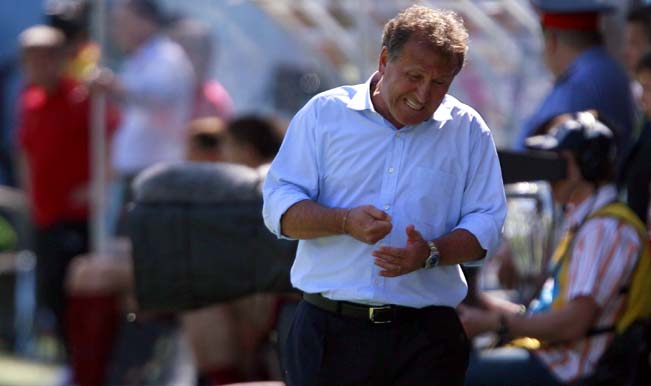 “When I went to Iraq, the selection was already done and I had just five days,” underlining the importance of hitting the ground running, something he may have to do with his smallish only-some-months-long stint at FC Goa. His sternest words were, however, reserved for the Qatari club side Al-Gharafa, which he signed on for as coach in August 2013.

“Youngsters in Qatar were not interested in football at all. I had to build that drive inside them for them to take the game seriously. Bringing Messi or Ronaldo cannot change the quality of football of the Qatari people. So I had to change their mentality and if they insist on bringing in all foreign players, it will be foreign football and Qatari football will not develop,” Zico noted. And embedded in his Qatari anecdote is a lesson for India too.

“If India would like to grow it depends on Indian football players wanting to come up. We are here to provide you with the necessary experience, but the growth and football development and development of the young players is in your own hands,” the 61-year-old said. Zico, also known as ‘White Pele’, was part of the 1982 Brazilian squad, which he said was then the most feared side in South America. Brazil’s original football legend Pele himself won the World Cup on three occasions.

Ignoring the likes of Real Madrid and Portugal’s Cristiano Ronaldo, Argentinian Lionel Messi and fellow Brazilian Neymar (both play for Barcelona), Zico picked 23-year-old James Rodriguez as the best player in the world at the moment. The attacking midfielder sprung a surprise at the FIFA World Cup in Brazil with his consistent performances to win the golden boot as the tournament’s top goal scorer, ahead of the more established big-ticket strikers.