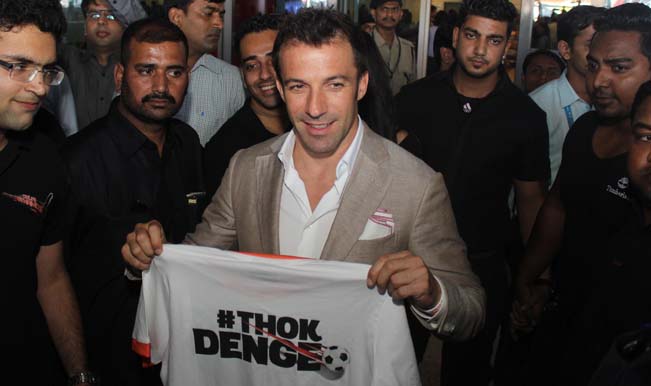 The Juventus star, however, gladly obliged the media and the shutterbugs at the parking lot of the Delhi University Stadium for nearly 15 minutes in heat and humidity. What made matters worse was that the luxury sedan carrying the Italian star was not allowed entry from another gate of the stadium as he headed for the practice session. Also Read - East Bengal to Play in Indian Super League 2020: West Bengal CM Mamata Banerjee

“We had to change the change the venue of media interaction at the last minute and then the stadium authorities didn’t grant us permission to host the press conference inside the venue citing security issues. It was really disappointing,” a member of the franchise told IANS on the condition of anonymity. Also Read - ISL: Chennaiyin FC Announce Csaba Laszlo as Head Coach For 2020-21 Season