Nicolas Anelka is one of Mumbai City FC's star players for ISL 2014. 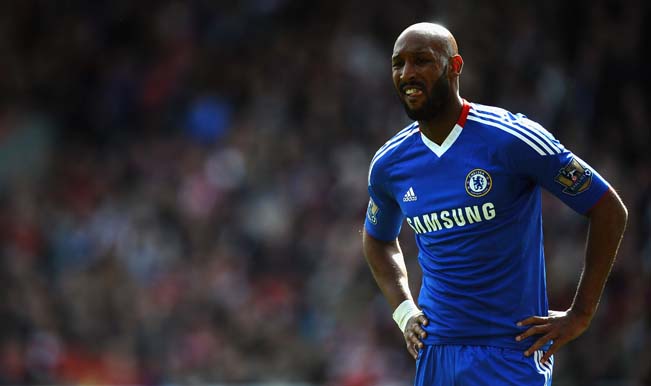 Anelka will bring to Mumbai City FC experience of playing top-quality football in some of the best clubs of the world. In an illustrious career, the former France international has plied his trade with top clubs including Arsenal, Chelsea, Manchester City, Real Madrid, Liverpool and Juventus among others. He will be among France’s most talented players to grace Indian soil during the ISL. Also Read - ISL: Chennaiyin FC Announce Csaba Laszlo as Head Coach For 2020-21 Season

Anelka, whose career is packed with nearly 500 club appearances at top level, has the ability to make strong defences nervous with his attacking abilities and is acknowledged the world over for his superior technique, aerial ability, shooting, and movement off the ball. The signing will make the 35-year-old player Mumbai City FC’s star striker as it strives to build a formidable outfit with world-class football players on board.

“We are delighted to announce the signing of Nicolas Anelka and thrilled that a player with a stunning pedigree such as his is part of our team. His abilities and experience are known the world over and I am certain his presence will give us the firepower required upfront. We welcome him to the Mumbai City FC squad,” said team owner Ranbir Kapoor.

Anelka said he was pleased to join Mumbai City FC and through it participate in the exciting ISL.  “Talented international players and top Indian talent will make matches thrilling affairs. I look forward to using my ability to do well for my team in the matches we play,” he said.

Anelka has vast experience playing 69 international matches for France. He made his debut as a 16-year-old at Paris Saint Germain in February 1996. Soon, he moved to Arsenal under newly appointed manager Arsène Wenger and won the PFA Young Player of the Year Award the following season after he was Arsenal’s top scorer in the 1998-99 season with 17 Premier League goals.

His first team opportunities were limited in the 1996-97 season but in the 1997-98 season, he broke into the first team, after a long-term injury to striker Ian Wright. In November 1997, Anelka scored his first goal for Arsenal in a 3-2 home win against Manchester United. Anelka was a key player in Arsenal’s “Double” win of both the Premier League and FA Cup that season. He scored the second goal in Arsenal’s 2-0 win over Newcastle United in that season’s FA Cup final. In all, he made 90 appearances for Arsenal, scoring 28 goals.

Anelka moved to Real Madrid in 1999, making 19 appearances for the team before returning to Paris Saint-Germain. He spent the end of the 2001-02 season in Liverpool, helping the team finish second in the table. After this, he signed the Manchester City team and finished as the team’s top scorer in his first two seasons.

After three seasons at City, in 2005, Anelka moved to Turkish professional football team Fenerbahçe for two seasons where he helped the team qualify for the Champions League before returning to England to join Bolton Wanderers. After two seasons there, Chelsea, where he finished the following season as the top goal scorer with 19 goals and helped the team win the FA Cup, signed the Frenchman. The next season in 2009-10, Anelka achieved the second league and FA Cup double of his career.

In 2012, Anelka got his first flavor of Asian football by playing for Chinese club Shanghai Shenhua for a year where he played a dual role of player and coach. He moved back to Europe to play with Juventus for a six-month loan deal in 2013 following which he signed for West Bromwich Albion.