Indian Super League: Players of all franchises covered by Insurance

The Indian Super League will commence from 12th October. 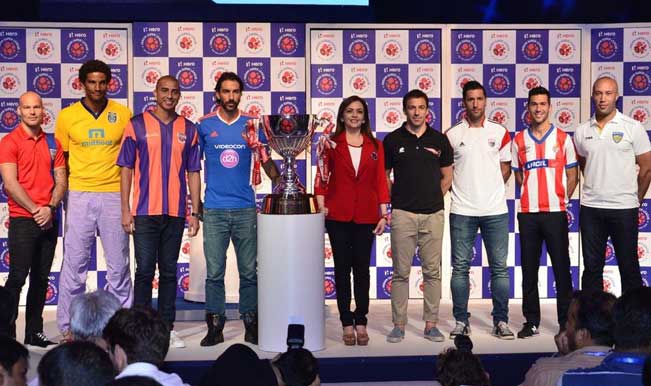 Panaji, Oct 8: All franchisees of the high-profile Indian Super League have taken elaborate insurance covers for their players ranging from RS 50 to 60 crore. The insurance covers player salaries, apart from personal accident policy, Mediclaim, travel insurance, public liability and loss of ticketing for the clubs.  The total insurance cover for the ISL, according to a source from a franchisee is approximately Rs 600 crore. Also Read - Mumbai City FC vs ATK Mohun Bagan Live Streaming ISL Final in India: Where to Watch MCFC vs ATKMB Stream Live Football Online Indian Super League on Disney+ Hotstar, TV Telecast on Star Sports in India

Each franchise is spending close to Rs 50 crore while the league itself has a cover of Rs 200 crore. The ISL insurance cover is among the highest for a sporting event in the country, bettered only by the cash-rich Indian Premier league (Rs 1,100 crore). According to sources, major sports events like the Commonwealth Games in 2010 was insured for Rs 200 crore while the Formula One race held at the Buddh International Circuit Noida, had a cover of approximately Rs 500 crore. Also Read - MCFC vs ATKMB Dream11 Team Predictions, Fantasy Football Tips For Indian Super League FINAL: Captain, Vice-captain, Predicted XIs For Today's Mumbai City FC vs ATK Mohun Bagan ISL Match at Fatorda Stadium 7.30 PM IST March 13 Saturday

“This is for the first time, a football player is covered for insurance. If he is injured either during training or competition, the club will not have to pay his complete salary. Instead, it will be on the insurer who will foot the bill,” the official stated. The insurance does not cover ISL players when they are on national duty.