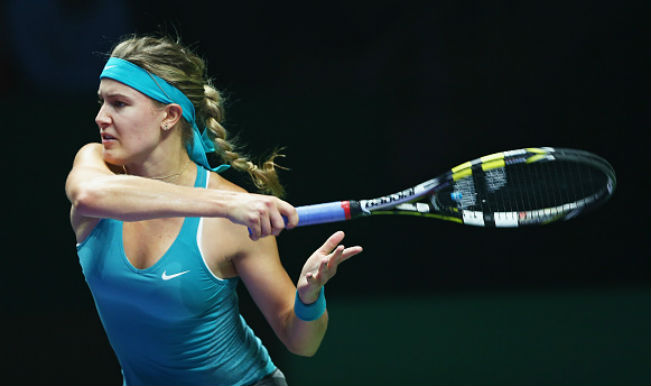 Dubai, 27 Nov: Current World No. 7 Eugenie Bouchard who was representing the UAE ‘Royals’ in the inaugural Coca-Cola International Premier Tennis League (IPTL) presented by Qatar Airways, has been forced to withdraw from the League due to an injury she sustained in training on Monday. Talented French tennis star Kristina Mladenovic will take Bouchard’s place and play for the UAE Royals in the upcoming professional team tennis competition. Also Read - French Open 2020 Final: Chris Evert Calls Out Novak Djokovic For 'Rivalry With Rafael Nadal Biggest in Sport' Comment

Speaking about her exit, Eugenie Bouchard said, “I’m really disappointed I will be unable to compete in the IPTL this year due to an injury that I recently suffered in practice. I was excited to be part of the first year and represent the team from Dubai. I wish all of the players the best of luck and I sincerely hope to be healthy and back part of the IPTL next year.” Also Read - French Open 2020: Novak Djokovic Showers Big Praise on Rafael Nadal After Historic Roland Garros Triumph, Says Today You Showed Why You Are King of Clay

Mahesh Bhupathi on behalf of the IPTL said, “Genie’s exit from the IPTL is disappointing news but we’re glad that Kristina was readily available to take her place. We wish Genie a quick recovery. We look forward to her joining us in season two.”

The UAE Royals are all set for the three-day extravaganza that will see them playing their first ever IPTL match in Dubai against the Manila Mavericks in the inaugural edition of the professional team tennis competition that features the best current and past champions across 4 countries.

The ‘Royals’ will represent the UAE in 24 matches across the Philippines, India, Singapore and the United Arab Emirates between 28 November and 13 December 2014.