Interesting facts have come to light in a soon-to-be-released Punjabi biography of hockey legend Balbir Singh Sr with the writer claiming to have traced the nonagenarian's lineage to famous Sikh warrior Baba Bidhi Chand. 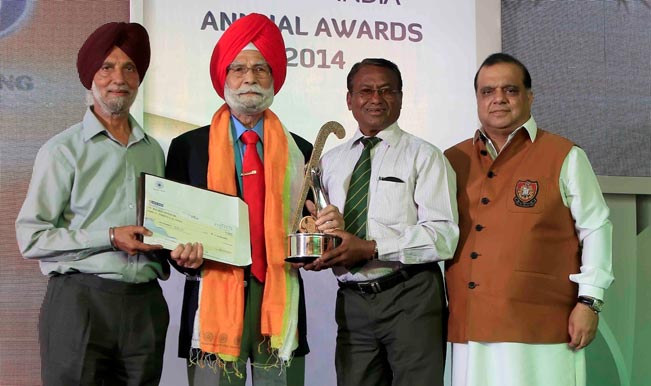 Chandigarh, May 27: Interesting facts have come to light in a soon-to-be-released Punjabi biography of hockey legend Balbir Singh Sr with the writer claiming to have traced the nonagenarian’s lineage to famous Sikh warrior Baba Bidhi Chand. The biography of the 91-year-old iconic centre forward has been written in Punjabi by Toronto-based Principal Sarwan Singh and is likely to be released by Punjab Chief Minister Parkash Singh Badal soon.
According to Balbir Singh Sr’s daughter, Sushbir Bhomia, the book is very well researched. Also Read - Sukhbir Badal Calls BJP Real 'Tukde-Tukde Gang', Says Govt Trying To Set Punjabi Hindus Against Sikhs

“An interesting fact which has come to light is that the writer has traced my father’s lineage to famous Sikh warrior Baba Bidhi Chand ji, who served the sixth Sikh Guru Hargobind ji,” she told PTI here. Baba Bidhi Chand was an excellent horse rider and even Balbir Sr has told his biographer, who has 37 books on different subjects to his credit, that horse riding came naturally to him. Also Read - Farmers Crisis: Worried Parkash Singh Badal Writes To PM Modi, Says Govt Could Have Dealt With Issue Better

His 1952 record of most goals (five) in an Olympic final still stands and he also figures in the list of 16 iconic Olympians of all-time. The writer mentions that he started to write the book in 2013 when the hockey legend’s namesake approached him with the Sr’s photo telling him that it had been mistakenly posted at his Dosanjh village address in Jalandhar.

“An Indian fan of my father who lived in England had posted the photograph at the Dosanjh address (native village of Sr) as he wanted an autograph on the picture. However, the mail was mistakenly received by a namesake of my father who then approached the writer whom he knew. It was at that point in time that Principal Sarwan Singh started to write the biography though he told my dad that he had firmed up his mind to write about him much earlier,” Sushbir said.