The Supreme Court will resume its hearing of the Indian Premier League (IPL) spot-fixing case today. 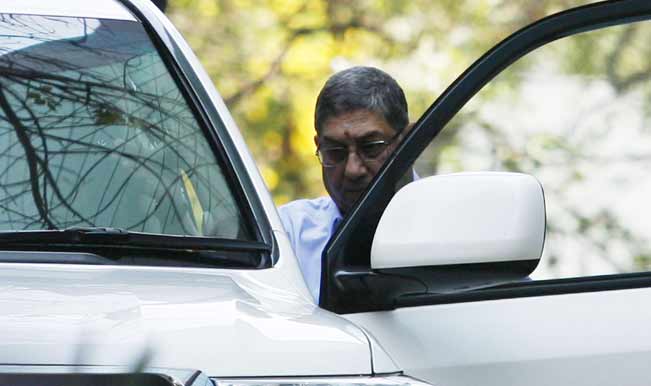 New Delhi, Dec. 1: The Supreme Court will resume its hearing of the Indian Premier League (IPL) spot-fixing case today. Earlier on Thursday, the apex Court had observed that IPL team Chennai Super Kings (CSK) should be disqualified without any further enquiry. According to reports, the apex court wanted fresh BCCI elections, and said in its observation that all those involved in IPL spot-fixing should stand aside. Also Read - BCCI Set to Clear Indian Team's Travel to South Africa

Former Board of Control for Cricket in India (BCCI) president N. Srinivasan had earlier requested the Supreme Court that he may be restored to his position as Indian cricket board chief. The apex court had disclosed the names of a few personalities, who were probed by the Justice Mudgal Committee for alleged links to the IPL spot-fixing scandal. Also Read - BCCI AGM Festival Match: Jay Shah Wrecker-in-Chief; Team Ganguly Falls Short by One Run

The names disclosed, included that of Srinivasan, BCCI chief operating officer (COO) Sunder Raman, Rajasthan Royals co-owner Raj Kundra and Chennai Super Kings team principal Gurunath Meiyappan. Earlier on March 25, the court had asked Srinivasan to step down from his position as the BCCIpresident in order to ensure a fair investigation into the betting and spot-fixing charges levied against Meiyappan.