Belatedly getting into the groove with four wins on the trot, Kings XI Punjab will hope to keep the juggernaut rolling when they take on a resurgent Kolkata Knight Riders in a mid-table IPL clash here on Monday. Punjab are placed fifth on the points table having won five games from 11 outings, while Kolkata are a notch better, occupying the fourth spot with 12 points. A win for Punjab will elevate them to the top four, while a victory for KKR will take them to 14 points, the same as the top three teams in the contest, strengthening their playoff chances. With the race to playoffs heating up, both sides know the value of a win on Monday. KXIP had roared back to form, snapping their five-match losing streak with a win over third-placed Royal Challengers Bangalore. Since then the KL Rahul-led side has not looked back, defeating the top two sides in the tournament — Mumbai Indians and Delhi Capitals — besides Sunrisers Hyderabad. However, they must also win their remaining matches for a shot at the playoffs. KXIP have the in-form batsmen in skipper Rahul, who is the leading run scorer of the tournament, and Mayank Agarwal. The presence of flamboyant Chris Gayle has inspired the team, and since his inclusion in the playing XI, the Punjab-based outfit has not lost a single game. Nicholas Pooran, too, has looked dangerous but the shaky form of Glenn Maxwell remains a concern.Also Read - India vs South Africa: KL Rahul Credits Deepak Chahar For Fightback After 3-0 Whitewash Against Proteas At Cape Town

KKR will also be all fired up after their comprehensive win over the formidable Delhi Capitals and would be desperate to keep the winning momentum going. After the embarrassing eight-wicket loss to Royal Challengers Bangalore, the two-time champions did well to regroup and inflict a 59-run defeat on the Capitals, who occupy the second spot in the points table. Promoted to open the innings, Nitish Rana revelled in his new role and smashed a whirlwind 81 while sharing a game-changing 115-run stand with Sunil Narine (64). Leg- spinner Varun Chakravarthy then tore apart the DC middle-order with a five-wicket haul. Also Read - India vs South Africa Live Streaming 3rd ODI in India: When and Where to Watch 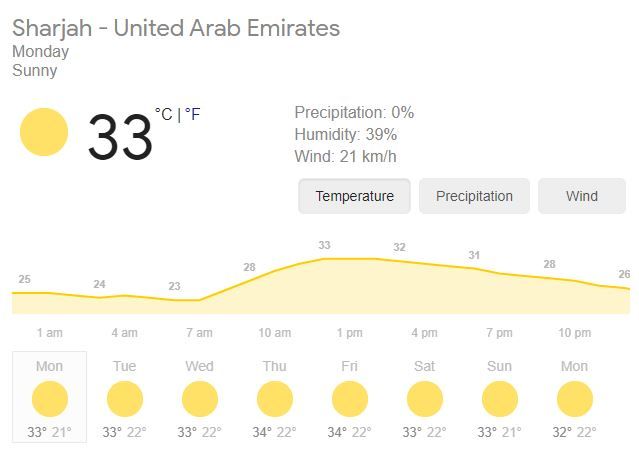 Sharjah Cricket Stadium pitch has slowed down considerably, with the new-ball bowlers ruling the roost of late. When the tournament started, Sharjah strip offered plenty of runs and support for the batsmen who enjoyed batting on this wicket but it is not the same anymore. The likes of Siraj and Boult have enjoyed conditions due to the early swing on offer, which should be the case in this game as well. Interestingly, bowlers will hold the key to both sides’ fortunes, the batsmen should be able to play their natural game once they get used to the pace of the surface. However, the dimensions of the ground favour the batter as the straight boundaries are very small. With the likes of Gayle, Rahul, Pooran, Morgan and Russell in action – we can expect a run-fest on Monday. Both teams will look to chase upon winning the toss, with 170 being a competitive total at this venue.

KKR vs KXIP Head to Head