MI lost their season opener for the eighth time in a row. The last time they won the first match of the season was way back in 2013.

The much-awaited Indian Premier League finally happened as defending champions took on MS Dhoni-led Chennai Super Kings in the season opener on Saturday at the Shiekh Zayed Stadium, Abu Dhabi. CSK finally managed to break the jinx against MI as they won the match by five wickets. Dhoni’s men were good on all departments and were superior on the day and that is what mattered. Also Read - IPL 2020: MS Dhoni Slammed For 'Spark' Missing in Youngsters Comment, Srikkanth Calls His Talk of Process 'Meaningless'

“You gotta start well, which didn’t happen for us. We kept losing wickets which added pressure. Never know, if someone had played a hand with Hardik…[bowling to KKR] We tried everything we could. We bowled the yorkers, the bouncers, the variations as well. You’ve got to give credit to their batsmen. Lynn and Shubman gave them the start, Russell at the end. Learning for us today, on what to do when nothing’s going your way,” said Dhoni after the match. Also Read - Happy Birthday, Virender Sehwag: Top-10 Facts About The Legendary India Opener

In what was the 100th win for Dhoni as a part of the CSK franchise, they are now at the top of the points table after the opening match.

Ambati Rayudu – who top-scored with 70 – is leading the race for the Orange Cap. His inning comprised of six fours and three sixes. It was not a high-scoring game as it was expected to be. He is followed in the list by Faf du Plessis, Saurabh Tiwary, etc. 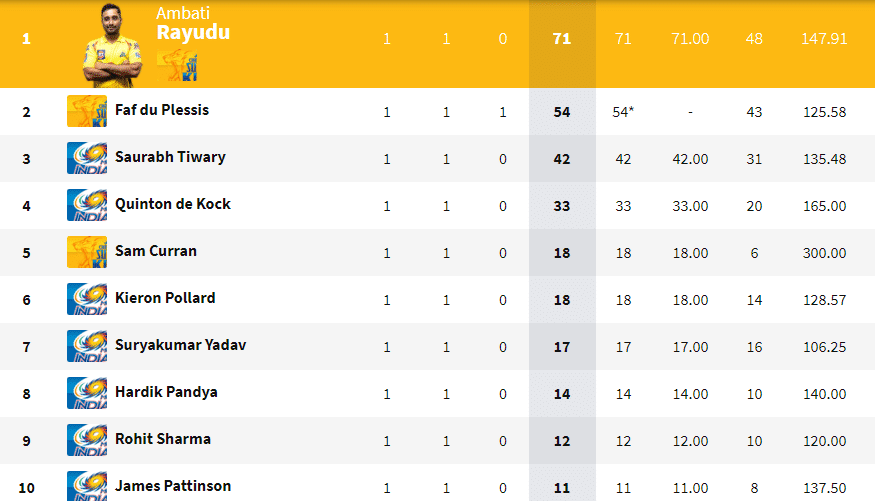 Lungi Ngidi with three wickets to his name was the highest wicket-taker of the match and is the current purple cap holder as well. He is followed by the likes of Deepak Chahar (2), Ravindra Jadeja (2), Piyush Chawla (1), and James Pattinson (1). 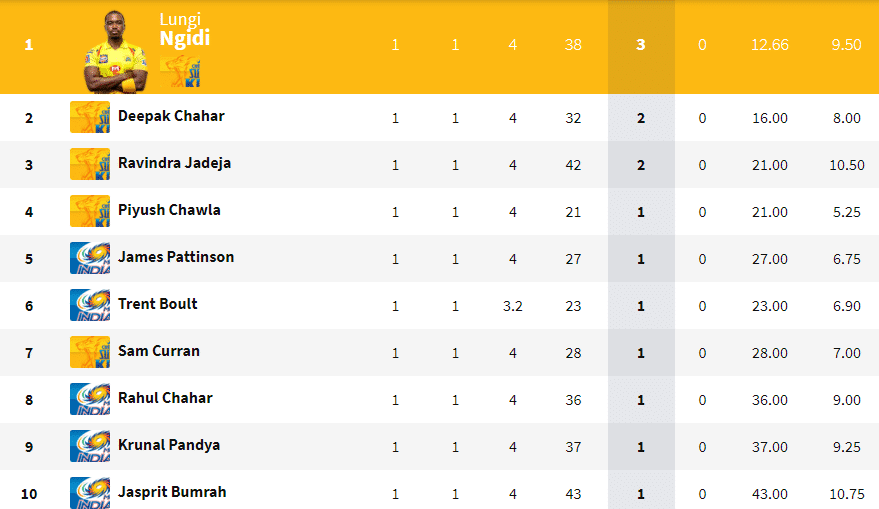