It is believed that Sonu was running the IPL Betting racket which has Arbaaz in the nexus, he also has connections with Dawood Ibrahim's D-Company.

Actor Arbaaz Khan and bookie Sonu Malad were questioned on Saturday and it seems they have revealed a lot of secrets. Arbaaz confesses to having placed bets worth Rs 2.80 Cr, which apparently he lost. It is also revealed that Sonu got into a tiff with the actor as he was unable to pay up the money he lost. It is also believed that it was Sonu who revealed the name of Arbaaz, following which the actor was summoned by the Thane Police for questioning.Also Read - Bigg Boss 16 Contestant Abdu Rozik Opens Up About His Struggles: 'People Always Bad-Mouthed Me...'

It is believed that Sonu was running the IPL Betting racket which has Arbaaz in the nexus, he also has connections with Dawood Ibrahim’s D-Company. Also Read - Nimrit Kaur Ahluwalia Of 'Chhoti Sardarni' Fame, First 'Bigg Boss 16' Contestant, Wants To See Salman Khan Shirtless

In this article, we will list out the big revelations made by Arbaaz Khan to Thane Police Anti-Extortion Cell. Also Read - Salman Khan Reacts to Bollywood Vs South Debate at Godfather Press Conference: 'Our Films Aren't Accepted...'

He may not have revealed the names, but has admitted that 7 Bollywood stars are also involved in this racket. This statement surely sets the cat amongst the pigeons. The investigations are expected to go on as the police will try to discover the names of the Bollywood stars.

Arbaaz revealed that Sonu had brought two bar girls on board, namely Komal and Gayatri, probably Sonu was looking to lay honey traps as well. The bar girls are believed to be very close to Sonu and were ready to do anything for his goal. 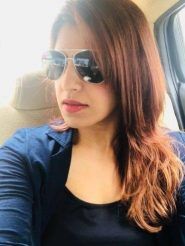 Record All The Time, Are you serious?

Arbaaz also split that Sonu had an uncanny habit of recording everything, from whom he met to whom he spoke to. Apparently, even Arbaaz did not know about this trait of Sonu for 2 years. He got to know about this habit when the blackmails started coming in from Sonu with audio and video clips.

One of Sonu’s close aides

How Sonu Built His PR?

Sonu used to use his high-profile contacts to get their contacts on board. It was systematic which he did all the time and was successful at it. He has more than 1200 high-profile contacts in his arsenal. One of his biggest contacts is a person named Jr. Kolkata, it is believed that he has direct connections with the underworld.

The next few days are very important. Meanwhile, IPL Commissioner Rajeev Shukla seems to have washed his hands off this case, they do not want to get dragged in. He said, “We have nothing to do with it.”