Sources also went on to reveal the involvement of a former cop, Sohail Buddha and his brother Sameer. Well, these are also the two names that cropped up in the infamous Sheena Bora Murder Case.

The IPL Betting scandal seems like an onion, whose layers are coming off, one by one. Revelations are the order of the day and bookie Sonu Jalan and actor Arbaaz Khan seem to be the protagonist of the snowballing controversy. Bookie Sonu Jalan was first nabbed by the Thane Police Crime Branch, during investigations he revealed the involvement of Arbaaz Khan and since many names have come to the fore and it seems it is not going to end soon. Arbaaz also admitted to have lost Rs 3 Cr in betting and that actually prompted a tiff between the actor and the bookie.Also Read - Maharashtra Is Safe, Says ATS Chief Vineet Agarwal After Delhi Police Busts Pak-Organised Terror Module

There have also been reports of the involvement of bar girls and top businessmen. In the latest FIR – Ritesh Hasmukh Shah – a 39-year-old businessman from Thane has accused Sonu and five other bookies of extortion and threatening him with murder. Sources also went on to reveal the involvement of a former cop, Sohail Buddha and his brother Sameer. Well, these are also the two names that cropped up in the infamous Sheena Bora Murder Case. Sameer, brother of Sohail was contacted to by Indrani Mukherjea’s driver, Shyamlal Rai. Rai had called 21 times from April 17 and April 24, 2012. The names had were presented by the defense team.  Also Read - 'Wrong and Baseless': Chhota Shakeel Denies D-company's Involvement in Pakistan-organised Terror Module Busted by Delhi Police 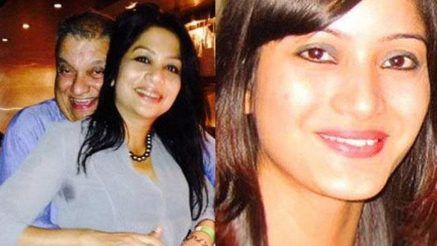 Apparently, Sonu was involved in the racket for 16 years and Arbaaz for 6 years. Sonu also has links with the D-Company, run by Dawood Ibrahim. Sonu has links with many top bookies, which include Junior Kolkata, as well.

Some of the traits we already know about Sonu is the fact that he is records whomever he meets and whatever they speak. Apparently, he made a whopping Rs 500 Cr during the recently concluded IPL season. He also made a sum of Rs 10 Cr, just in the IPL Finals.