Bangladesh skipper Mohamed Mamunul Islam could be handed his first start in the Indian Super League over FC Pune City. 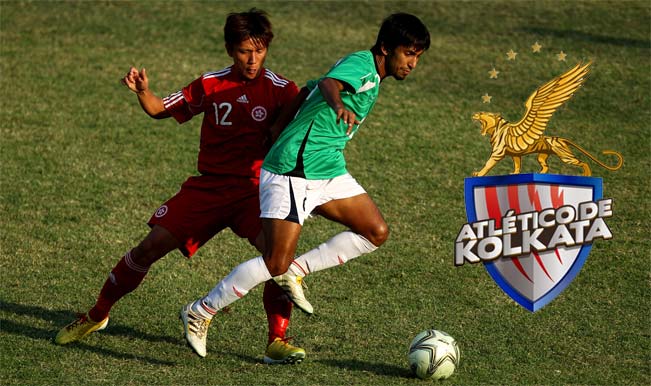 Kolkata: Atletico de Kolkata have included diminutive Mohamed Mamunul Islam, who is likely to replace suspended Ofentse Nato, for their crucial away Indian Super League (ISL) 2014 fixture against FC Pune City on November 29. The 25-year-old Bangladeshi captain and popular name back home is yet to play a match this season as Antonio Habas’ side, who are going through a rough patch prior to the knock-out phase, have also picked French defender Sylvain Monsoreau to their Pune-bound 22-member squad. Also Read - East Bengal Head Coach Robbie Fowler Promises to Treat Each Player Equally

It will also be a revenge match for Atletico who were handed a 1-3 at the Salt Lake Stadium by the Pune outfit to snap their six-match unbeaten run as they slipped to number two with just one win from the last six outings. Also Read - ISL 2020-21: Jamshedpur FC Sign Seasoned Goalkeeper TP Rehenesh

“Everybody is aware that we lost to Pune in the last game. We know they’re a strong side but we have to win to make the semifinal. We had a break. Every game is different. We are ready,” Jose Miguel Gonzalez Rey told reporters. On Nato’s absence, the central defender said: “He’s a very important player and been part of the side in most of the games. But it will be an opportunity for other players.”

It was Pune dangerman Dudu Omagbemi who struck a beautiful header to give the side the lead as their star player David Trezeguet’s absence was not missed. But come Saturday, both the French World Cup winner and Dudu will look to go for the kill. Josemi said they’re focusing on their strengths only.

“To me the most important factor is my team. We have to play well to win,” the former Liverpool defender explained.

Ruing Dudu’s goal, defender Nallappan Mohanraj said: “It was a measured cross coupled with a fine heading. We should give them the credit. After all we lost because of that goal. Hope we don’t repeat the same mistake next time.”