Mohammed Rafique's winner came from Jakub Podany's corner, who expressed the thrill on winning the maiden edition of the Indian Super League (ISL). 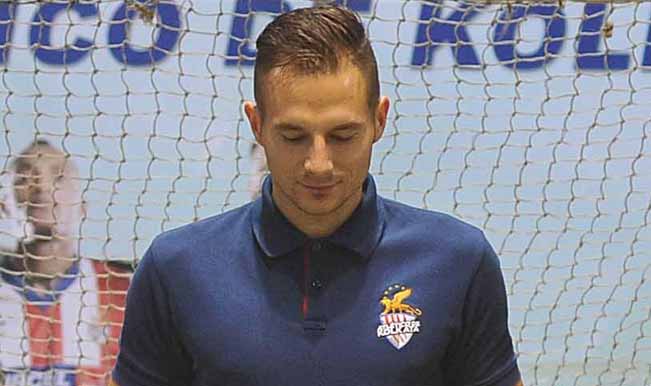 “I took the corner and it was the winning goal. So we are very happy that we are champions now. If you win the game in the last minute, it is something beautiful. The emotions are great and it was really amazing. I am very happy,” the Czech Republican winger said. Also Read - ISL: Chennaiyin FC Announce Csaba Laszlo as Head Coach For 2020-21 Season

Rafique headed the winning goal off a Podany corner in stoppage time, after starting from the bench in the 74th minute, to help his team win 1-0 over Kerala Blasters FC on Saturday. The 27-year old winger said he tried to shoot the ball to the first post as Kerala custodian David James is very tall and would have managed to block the shot at the far post.

“The corner was from the first post because David James is a very tall goalkeeper and usually he gets the ball if it goes to the far post. So I tried to put it on the first post and Rafique headed it great and it was a goal,” he explained. His ATK teammate Josemi said they were lucky to secure a win a minute before the final whistle while adding that the Antonio Habas’ side did well to clinch the title after a disappointing run of matches.

“I think we were a bit lucky because it was at the last moment. It’s a win for Atletico de Kolkata. Atletico de Kolkata are a good team. The last four-to-five games we played very well because in the mid way we didn’t play very well due to some problems. The last game (final), the team played very well. Everyone played together. I’m very happy for all the hard work of the people,” the former Liverpool and Villarreal defender explained.

Arnal Llibert, who played Luis Garcia’s number 10 role said the team was proud of what it has achieved in the last 10 weeks.

He added that it was difficult to adapt to the conditions and the format initially.

“It’s not easy to play so many matches. Also, all the players and the teams were staying in hotel for all the time and none of us has been through something like this before. We need to adapt to these things and from next year, I think it will be easier for the players. It was unique for the first year only,” he revealed. The 34-year-old further said it has been rewarding to see kids on the street playing football instead of cricket.

“Football is becoming bigger and bigger in India and that is the most important thing for us. Especially in Kolkata, the kids were always playing cricket in the streets when we came, but now they are also playing football. Now they know you and they love football. It’s only about what we did here but also what you see on the faces of the people. It’s also a nice prize,” he concluded.