The Indian Super League is only behind the Barclays Premier League, La Liga and the Bundesliga. 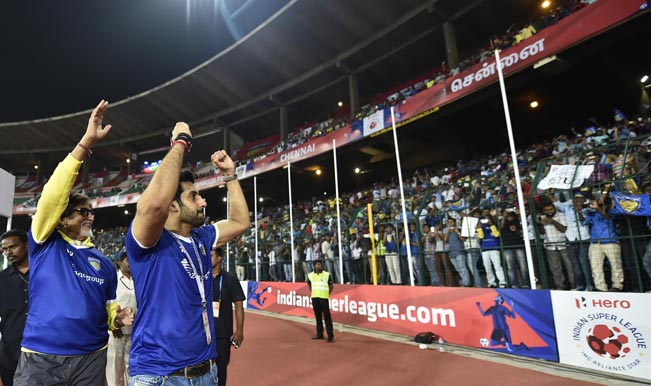 New Delhi, Nov 27: A staggering one million fans have so far thronged stadia across the country to watch the ongoing Indian Super League (ISL) 2014, as India’s most-watched football tournament sets yet another benchmark in its inaugural season, according to the organisers. The average match attendance recorded by Hero ISL since its inaugural tie on October 12 till Wednesday’s (November 26) match between FC Goa and Kerala Blasters FC (watched by at 24,357) reinforces its position as the highest across the whole of Asia. Also Read - Manchester City Preparing £15m Bid to Sign Lionel Messi During January Transfer Window: Report

The ISL makes it mark against major global leagues and has surpassed Italy’s Serie A in average attendance to become the fourth best in world football. The league now trails only Germany’s Bundesliga, the Barclays Premier League and Spain’s La Liga in terms of average attendance, a press release said. The ISL kicked off with 65,000 people attending the opening game between Atletico de Kolkata and Mumbai City FC on October 12, while a crowd of over 49,000 turned up on November 6 to watch the first clash between Kerala Blasters FC and FC Goa at Kochi. Also Read - East Bengal Head Coach Robbie Fowler Promises to Treat Each Player Equally

That number swelled to a full capacity stadium with over 57,000 attending the Kerala Blasters FC vs Atletico de Kolkata game, surpassing expectations and serving up an electric atmosphere inside the ground. This feat was repeated again last night with another full-house at Fatorda stadium, Goa having 19,752 fans in attendance, which brought the ISL cumulative attendance figure to 9 lakh 98 thousand -? just 2,000 short of the one million mark.

With today’s Match No 42 scheduled at Guwahati between NorthEast United FC and Chennaiyin FC, ISL is set to surpass the mark of hosting one million live fans. The crowd numbers seen at ISL matches is testament to the sustained popularity of the League which continues to pull in ever-greater crowds past its halfway mark.

The league’s ambitious broadcast plan, with the ISL telecast live across eight channels in five languages, is another major factor in driving crowd attendance. The ISL is already the most watched non-cricketing sport in India with 364 million viewers tuning in to catch the action live on their TV sets. The League has also dominated social media trends notching up over 7.7 billion impressions on Facebook and Twitter.