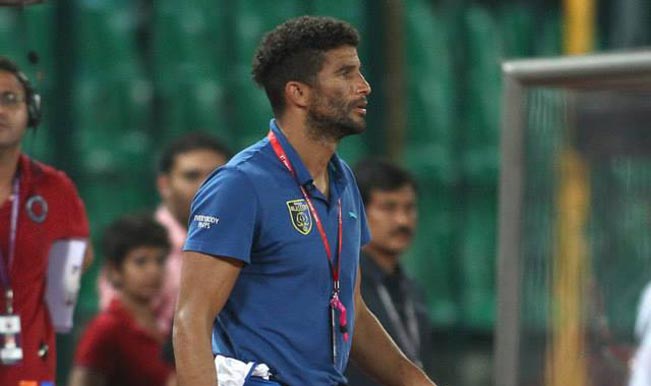 “I had said they were the best team in the competition and I was hoping that we would still beat them and we had chances too to beat them. It just goes to show that you have to play to the final whistle. A minute before the end, we switched off on a set piece, and it cost us the match,” the former England goalkeeper said. Also Read - ISL: Chennaiyin FC Announce Csaba Laszlo as Head Coach For 2020-21 Season

James took pride that his team made ATK work hard till the last minute and said it was a bittersweet result for him.

“Disappointed of course by losing the game but I have to be positive about the fact that my side got to the final. Pushed the champions to literally the last minute. A bittersweet moment I would say,” he said.

The former Liverpool and Manchester City goalkeeper said there were some tense moments in the match but Atletico controlled the game at crucial times.

“Kolkata started so well in the competition. I said they were the best team, and the best passing team, ball control team in the competition. There were other flair players granted for other teams but today they seemed to control the game at the right times. Not necessarily the most attractive game of football, granted, but it’s a cup final and got two team’s with very good defences. Of all the defensive records, we have the best in the league section and they probably had it in the last six or seven games. It was going to be a tight affair. Edel produced a wonderful save in the fitting moment of the match to keep Chops (Michael Chopra) out,” he said.

The former Newcastle United striker Chopra had some good goal-scoring chances but couldn’t manage to find the back of the net and James said it had been tough for the Indian origin player in the tournament.

“In the tournament I think it has been very difficult for Michael. He had injury problems to start with. I was going to start him against Atletico in the away fixture. He picked up a big injury in the training session a day before. But he has worked hard. We thought he might be out for the whole campaign. He has worked hard, he has justified his selection,” the 44-year-old added.

James lauded the efforts of his Atletico counterpart Apoula Edel Bete and said the Cameroonian won the final for his side with some stunning saves.

“Effectively, Edel’s produced a saving in fitting moment of the match and helped win ISL first competition for Atletico de Kolkata. If Edel hadn’t made that save (in the 83rd minute), we would be sitting here as champions and talking about a completely different game,” James said. The Sachin Tendulkar co-owned Kerala Blasters’ custodian hinted he might not take up the glove duty if he features in the next edition.

“If I do come back next year, I am not sure I would playing though, at 45 that might be asking a little bit too much. But I have enjoyed it,” he said.

James believed there is a huge opportunity for the 171st ranked team in the world and said the future looks promising for Indian football.

“I will, without a doubt, only talk positively about this experience and the future of Indian football because I believe there is a massive opportunity for Indian football to grow very quickly. Slightly fair that an Indian player (Mohammed Rafique) scores a winning goal in the final,” he said. He, however, felt the packed schedule and long travelling time to the venues took a toll on the players and it looked like the teams were tired playing in the final.

“I don’t want to start saying anything negative but I thought it (stadium) was a long way away from where we were staying. And I think it might have affected the way the teams played today. Having said that, it was same for both teams. Atletico created chances but I think we created perhaps better chances up until that final minute,” he said.

Asked if the dressing room atmosphere was different from the English Premier League teams he has played with, James opined, “there is no real difference. We set our plan out in training, we come to the stadium and we work on winning a game of football. The atmosphere has been very good, very similar to what I have been used to. This is a big step towards the future of ISL and Indian football. The tournament might be unique in it’s structure but the competition and the competitiveness of the players and team’s within it is equal to any other competitions I have been involved in. Although the standard might not be of the EPL, it was never going to be in the first year. But I think it will get better.”