ISL 2014: From Elano, Luis Garcia to Alessandro del Piero – Rating the performances of the marquee players of all eight teams

Find out who has topped and who flopped among the marquee players in the Indian Super League. 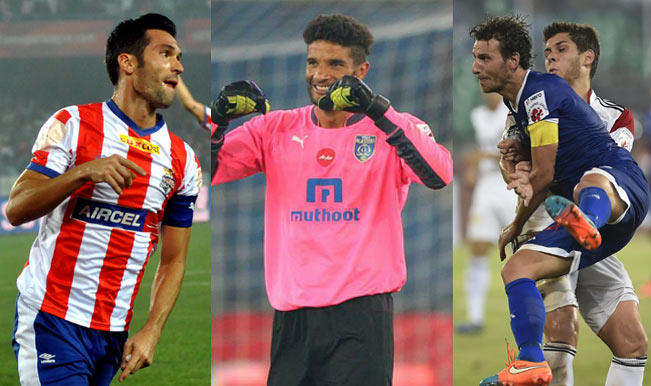 We are 40 days through with 36 matches played in the inaugural season of the Indian Super League in which Chennaiyin FC toppled Atletico de Kolkata from the top of the table after beating FC Pune City. The tournament featuring some of the star players from the previous decade who made their mark on an international level or for their football clubs in their respective leagues. We take a look and rate the performances of all the marquee players playing for all eight teams. Also Read - East Bengal Head Coach Robbie Fowler Promises to Treat Each Player Equally

The former Liverpool star is one of the brightest performers and has provided the creative spark Antonio Habas needed. Although Fikru Lemessa and Jofre Mateu have contributed more assists, Garcia has led the team from the front despite the hamstring problem that forces him to play cautiously. Overall, the 36-year-old midfielder has a crucial role to play if Atletico de Kolkata are seriously looking to be crowned champions on December 20.

What do we tell you about this man? Elano has grabbed the eyeballs, the headlines and also the most number of goals in ISL. The former Brazilian international has undoubtedly been the best player throughout the tournament and the set-piece king. He missed one penalty against FC Pune City, but you can’t hold that up against him, after all he’s only a human being.

Elano’s eight goals proved the difference, enabling Chennaiyin FC go top of the league table for the first time despite being level on points with Atletico. The 33-year-old is the youngest among all the marquee players and that has been a major advantage for Marco Materazzi’s side. The extent of the injury setback he suffered against FC Pune City but the East coast club will be hoping that the injury isn’t serious. 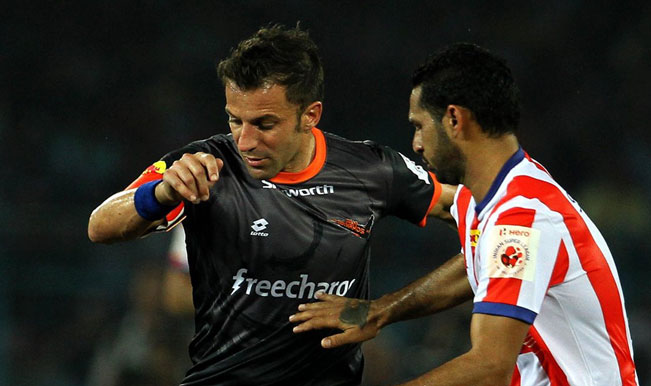 The Juventus and Italian legend came to the league with high ambitions following a stint with Sydney FC in the A-League. However, Del Piero has failed to live up neither to his own nor that of his fans or manager’s expectations and has looked a shadow of the player he was. Age can be considered the major factor as he turned 40 on November 9.

The 2006 World Cup winning striker has neither scored a goal nor contributed an assist in eight appearances so far. Delhi Dynamos FC are currently languishing at the bottom of the league table with just seven points. Del Piero must pull out his scoring boots in the remaining matches as time is running out for Harm van Veldhoven’s side to climb up the table and seal a place in the semi-finals.

For a 41-year-old player to be running out on the field and looking to score goals in competitive football is certainly an achievement. The Arsenal invincible has just netted once from the penalty spot but has not looked as dull as Del Piero. He darts forward, tracks back and tries to setup his teammate. Pires, who is a world Cup and European champion with France, is much beyond his peak and is not able to match up with the speed and fitness of the players playing around or against him. The French midfielder does not look content with his performances but still tries to do what he can do in the 60-70 odd minutes that he gets.

Another striker who made his name in the Italian Serie A, Trezeguet too came with huge expectations like his strike partner Del Piero (at Juventus). Not accustomed to playing on artificial turf, the 37-year-old has scored just twice in six appearances and has looked far from inspirational for a marquee player. Greek midfielder Kostas Katsouranis has shouldered the goalscoring responsibility, netting thrice, to keep Franco Colomba’s side alive in the race for top four finish. Whether Trezeguet gets back at his critics and be a regular among the goals remains to be seen. But clearly, he can be a better leader.

A goalkeeper matures with age and at 44 years, James is the oldest player in the ISL. The Kerala Blasters FC’s player-coach is the only one of his kind in the competition. The former England international who has played for Liverpool, West Ham United, Manchester City, Portsmouth, etc in the Barclays Premier League.

The FA Cup winner’s experience is one of the main reason why the Kochi based team, co-owned by Sachin Tendulkar, are sitting third in the league table. After poor start to the season, James has maintained four clean-sheets that has seen the Blasters go unbeaten in their last four matches; winning two. James’ presence in goal undoubtedly vital and Kerala Blasters FC’s chances of making the semi-final totally depend on how he conveys and executes his strategies. 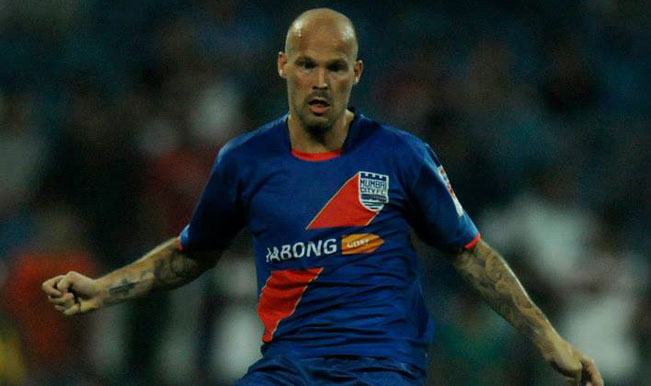 Ljungberg is officially the marquee player but injuries have restricted the French midfielder from making just two substitute appearances. After coming on at half-time, the Arsenal legend limped off in the 73rd minute during the 2-0 defeat against NorthEast United FC. Playing on artificial turf has not helped him and his value to the team cannot be judged whatsoever.

Jan Stohanzl has filled in the 37-year-old’s boots in midfield, providing balance, energy and an attacking threat.

In a very youthful side, Capdevilla is one of the oldest players with plethora of experience at the highest level in International football. The 36-year-old has won the World Cup and European Championship with Spain and is one of the gifted footballers of the previous decade.

The former Villarreal and Deportivo La Coruna defender has played eight matches in the ISL but is well beyond his prime. His colours were revealed against Atletico, when he made a blocked Luis Garcia’s effort in the first half but could do nothing when the former Liverpool star got the better of him in the second-half.

Ricki Herbert’s side are currently sixth in the points table and he will need to buckle up and help his goalkeeper Rehenesh in maintaining cleansheets and propel the Highlanders towards the semi-final places.