As per various reports circulating in Bollywood’s grapevine, Anushka was shooting till 4 am at the field and is expected to resume back the shooting from January 25.

So, is Bollywood starlet Anushka Sharma playing former India captain Jhulan Goswami in her biopic? Pictures that have surfaced on the internet lately hint just that. No formal announcement has been made as yet, but if the pictures are anything to go by then one can safely say that it is going to happen, sooner rather than later. Also Read - Live Cricket Score Ind vs Aus 4th Test Day 4 Today's Match Live Updates Gabba, Brisbane: Australia Eye Quick Runs, India Aim Early Wickets

In the pictures that have surfaced, the ‘Rab De Bana Di Jodi’ actress can be is seen donning the blue jersey as she walks with Goswami at the iconic Eden Gardens, Kolkata. Also Read - Brisbane Weather Forecast For 4th Test Day 4: Rain Play Spoilsport During India-Australia at Gabba, Start Time

Anushka with Jhulan Goswami ! ❤️😍 Biopic on the cards! 🇮🇳 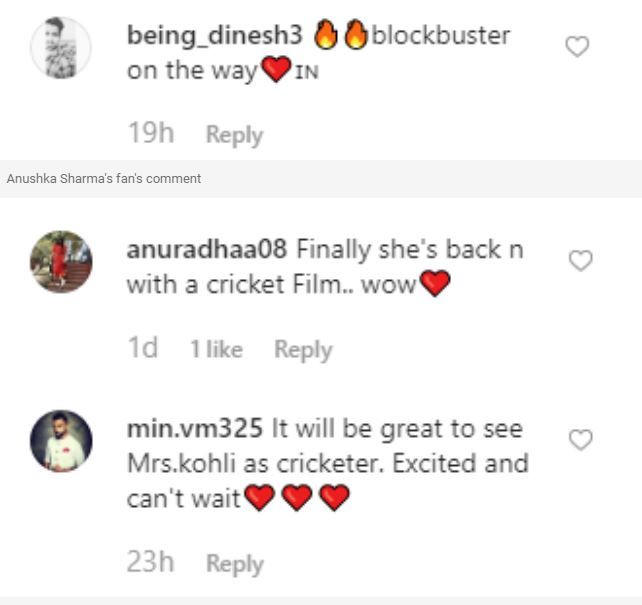 As per various reports circulating in Bollywood’s grapevine, Anushka was shooting till 4 am at the field and is expected to resume back the shooting from January 25. While there’s no official announcement regarding Anushka’s association with the biopic, it is expected to be directed by Prosit Roy who also helmed Pari featuring Anushka in the lead.

It was in May 2018 that Sony Pictures India has announced that they had acquired the rights of the biopic to be made on Jhulan Goswami who was adjudged as the ICC Women’s Play of the Year in 2007. However, the other details about the biopic were kept under the wraps. After the failure of Anushka’s last release – Zero, in 2018, the rumours were rife that the actor is going to take time only to return with the biopic in which she essays the role of the popular all-rounder cricketer.