The Frenchman will next play the winner from seventh seed Grigor Dimitrov and South African Kevin Anderson. 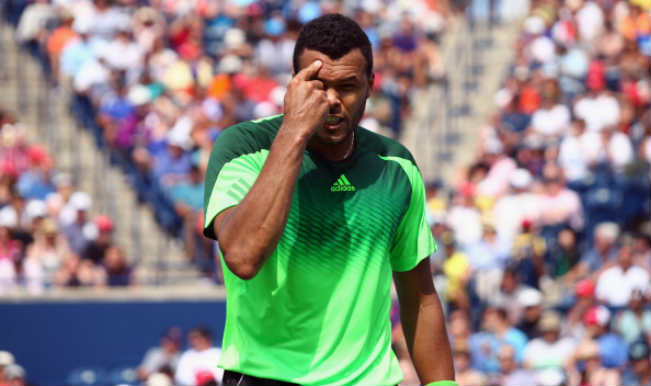 TORONTO, August 8: Jo-Wilfried Tsonga beat Andy Murray for the first time in six years on Friday with a 7-6 (7/5), 4-6, 6-4 win which took him into the Toronto Masters semi-finals. The victory, in just over two and a quarter hours, marked another disappointment for Murray, who has not won a title since his historic success at Wimbledon 13 months ago. Also Read - US Open 2020: Former Champions Kim Clijsters And Andy Murray Handed Wild Cards

The 27-year-old’s highlights this season have been limited to a pair of semi-finals, at Acapulco and Roland Garros. Murray, who led 3-0 in the deciding set, had not played this week since the second round after receiving a walkover when Richard Gasquet withdrew from their scheduled third round clash with an abdominal strain. Also Read - Nick Kyrgios Takes Another Dig at Novak Djokovic, Tells Andy Murray 'You Are Better Than The Serb'

“It’s just disappointing because it’s important to play matches,” said Murray, still trying to lift his form after back surgery 10 months ago and playing his first event since Wimbledon a month ago. “If you’ve had a break for a while, ideally you want to try and play as many matches as you can. “Tennis and sport really can change a lot from one day to the next. Jo is a top player. He’s a fantastic athlete. When his game is on, he’s very tough to beat.”

It was the second upset of a top 10 player in as many days for Tsonga, who knocked out world number one Novak Djokovic in the third round. Tsonga, seeded 13th, stood 1-9 in his career head-to-head series with world number nine Murray, whose ranking is at its lowest since 2008.

Tsonga’s only previous win over the Scot came in the Australian Open first round in 2008, the year the Frenchman burst into prominence as a finalist at Melbourne Park. The Frenchman will next play the winner from seventh seed Grigor Dimitrov and South African Kevin Anderson.

Tsonga ended with 17 aces, 42 winners and 35 unforced errors in his typical big-hitting style. Murray had 20 winners and 26 unforced errors. Murray levelled at a set each, saving a pair of break points to hold for 5-4 before breaking Tsonga to love for a 6-4 scoreline in the second.

The Briton, coached by former women’s champion Amelie Mauresmo, then began the third set with a break, only to lose the edge in the fifth game as Tsonga retrieved the break.

The French player grabbed the lead 4-3 off another break of the fragile eighth seed but had to work to wrap up victory three games later with Murray saving three match points before netting a backhand and then falling victim to a Tsonga return winner.

Murray won the Canadian event in 2009 and 2010 and stands 21-6 overall at the tournament. Tsonga has now reached the semi-finals in three of four Canadian editions.