Jharkhand State Cricket Association have pleaded to MS Dhoni to at least play the fourth and final test against Australia before retiring. 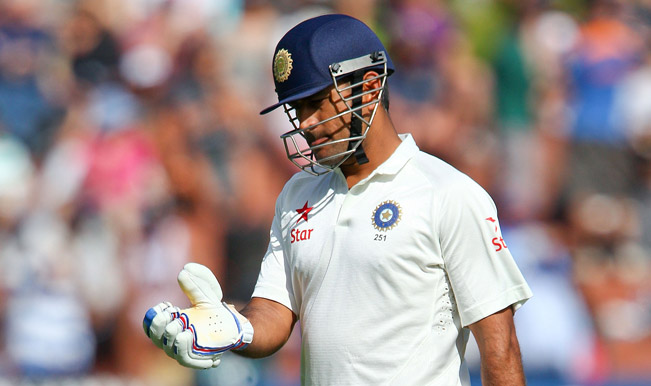 Jamshedpur: Jharkhand State Cricket Association (JSCA) have appealed to local lad Mahendra Singh Dhoni to continue as captain for the entire length of the Test series against Australia after the wicketkeeper-batsman decided to quit the longest-format with immediate effect.

“I am surprised that Dhoni has called it quits from Test cricket in the middle of the series. I will certainly wish Dhoni to continue in the ongoing series and represent the country as captain in the whole series,” JSCA Secretary Rajesh Verma told PTI. Complimenting Dhoni’s contribution to competitive cricket, Verma said the 33-year-old-player from Ranchi was a successful captain in all the three formats of the game.

“We salute Dhoni as he has proved his mettle in all the three versions of the game and was the only cricketer from Jharkhand to lead the country successfully for so long. We shall be happy if he would now consider to become a mentor and nurture young cricketers from the state to represent the country,” Verma added.

A former Ranji Trophy coach of Jharkhand, Kajal Das said Dhoni was a talented and wise cricketer and he respects his decision.

“I think it is the right time for Dhoni to call it quits from Test cricket”, Das, a former Ranji cricketer under whose tutelage Dhoni had earlier represented Jharkhand in Ranji Trophy, said. Das pointed out it was not easy for a keeper to handle all the formats of game so successfully. Dhoni surprised the cricket world with his sudden announcement of retirement, making way for Virat Kohli to don the mantle of captaincy.

“One of India’s greatest Test Captains under whose leadership India became the No.1 team in the Test Rankings MS Dhoni, has decided to retire from Test Cricket citing the strain of playing all formats of Cricket,” the BCCI said in a statement.

India, trailing 0-2 in the four-match series after the draw in the third Test, would be led by the 26-year-old Kohli in the fourth and final match in Sydney. commencing on January 6.