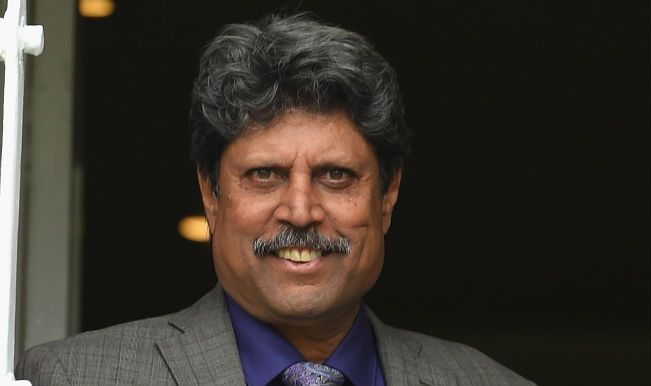 New Delhi, May 27  Former India cricket captain Kapil Dev, a keen golf enthusiast and an amateur player, has floated his team in the upcoming Louis Philippe cup with top-ranked players like Siddikur and Om Prakash Chouhan part of his outfit, Dev-Ellora Pune. The fourth edition of the tournament returns to Bengaluru for the second time between June 11 to 13. Also Read - Ranveer Singh Pens Endearing Note For Kapil Dev, Calls Him 'Colossus of a Captain'

The tournament follows a different format from knockout to strokeplay, unveiled in the press conference organised by the title sponsor Louis Philippe at the Le Meridien. With prize money of Rupees 1.2 crore being the second-highest of any domestic tournament, this cup will munch each player a pretty handsome amount. Also Read - Virat Kohli Pips Sachin Tendulkar, MS Dhoni to Become India's Most Valued Cricketer: Report

However the price is to be divided among 21 players instead of 50-60 players like any other Asian event, there are opportunities for individual earnings based on the performance. “I wish cricket players should also take interest in other sports. I have seen some cricket aces including Sachin (Tendulkar), (Mahendra Singh) Dhoni, (Virender) Sehwag and (Rahul) Dravid playing golf. It feels good when these young players take interest in other sports as well.” said Kapil, when asked about his interests and involvement in Golf.

The newly embraced format, which is to be used in Rio Olympics 2016, will maintain the interest of each individual player in the tournament till the end. In this format with the best two scores of the three players counting towards the team score each day, a team that is 15 strikes behind can actually have two players shoot 6 or 7 under par each and make up the difference on one round.

According to the new selection criteria, two players topped the Professional Golf Tournament of India (PGTI) ranking will play for each team along with the sponsor’s pick, that makes three member team. Players who have scores of titles on their names like Rashid Khan, Shankar Das, Abhinav Lohan and Jyoti Randhawa are the most anticipated participants of the tournament.

Total seven teams are participate including Take Chennai, DLF Gurgao, Jaypee Green Greater Noida, Dev-Ellora Pune, Laqshya Mumbai, the new entrant Zion Hills Bengaluru will compete with the last year’s champions Navratna Ahmedabad. However, Delhi and Kolkata are not in the race this year, still there is fierce competition.

“We had one objective in mind to make the event a huge success, the first three editions of Louis Philippe cup set high standards and it is today an eagerly awaited championship by our players,” said Padamjit Sandhu,