In Srinagar, the loud bangs caused by people bursting firecrackers, especially in the old city areas, did not raise any eyebrows among the police during the night. 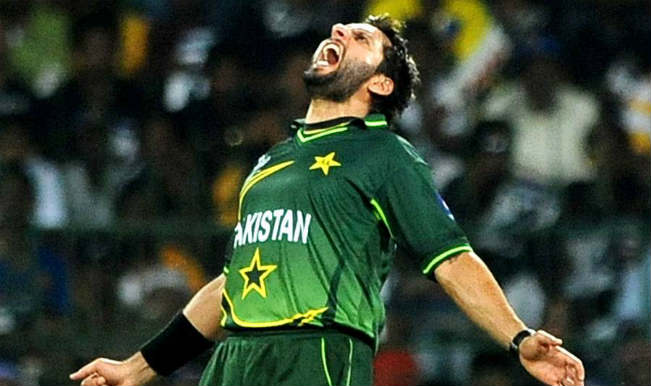 Srinagar, March 3: Seventy-year old Abdul Satar, a pavement vendor in north Kashmir’s Sopore town, spent his entire day’s earnings bursting firecrackers to celebrate explosive Pakistani batsman Shahid Afridi’s “booming” performance in the Asia Cup in Dhaka on Sunday. Satar, like many other Kashmiris, has long been a cricket lover, but when it is Pakistan playing against India, his adrenaline rise cannot go unnoticed by his family and friends. (Read: Things to get over the India loss against Pakistan) Also Read - IPL 2020: 'MS Dhoni Does Not Deserve Such Treatment' - Shahid Afridi Reacts on CSK Skipper's Daughter Receiving Rape Threats

Those of his friends who had challenged Satar’s inexplicable belief that Afridi would lead Pakistan to victory are afraid even to bring up the topic, since Satar was bursting firecrackers throughout the night. Pakistan has been the most favoured cricketing side for Kashmiris since the 1950s. Also Read - IPL 2020: Shahid Afridi Rues Absence of Pakistan Players in IPL, Says Players Like Babar Azam Missing Out on Big Platform

Tales of a local butcher slicing his transistor radio into two with a cleaver after Muhammad Hanief lost his wicket to an Indian bowler in the 1960s are still told to explain the inexplicable concerning the gentleman’s game in Kashmir. Over the last six decades, Indian cricketing stars like Sachin Tendulkar, Yuvraj Singh, M.S. Dhoni and others have also created a large number of fans among the locals.

“There is nothing to parallel Tendulkar’s wrist action. Other batsmen aiming to become great must first learn to develop the cool and focussed temper of this cricketing legend,” Muhammad Ashraf, 60, a former Ranji player who is now a selector for the state’s team for the permier domestic tournament, told IANS.

In Srinagar, the loud bangs caused by people bursting firecrackers, especially in the old city areas, did not raise any eyebrows among the police during the night. A healthy development during the last two decades of violence has been that the security forces have learnt to differentiate between firecrackers and separatist gunshots. Interestingly, so have the locals.

“I knew it is nothing serious. People must be bursting firecrackers,” said Javaid Ahmad, 57 living in Court Road area of uptown Srinagar. The flipside of the celebrations of Afridi’s great performance is the praise and respect for the India team. “India is a great team. They had snatched the match from Pakistan’s jaws towards the end. The way The Indian players greeted the Pakistan team at their victory is a great CBM between the two countries,” said a college teacher who did not like to named.

“India has one of the best teams in the world and the dazzling performance by Afridi alone could bring about Pakistan’s victory. It is time all of us watched the game like sensible people. Getting emotional and prankish is just being childish,” he added.

Despite the teacher’s advice, the adrenaline rise whenever India and Pakistan clash seems unavoidable for Kashmiris. “It has also to do a lot with the political uncertainty in Kashmir. Whether we like it or not, the fact remains that Pakistan’s cricket team has a large fan following in the Valley,”an intelligence officer who wished not to be named told IANS.

“The good thing is that Indian cricket players also have a sizeable fan following here. It is better those who enjoy Pakistan’s cricket victory burst firecrackers than pick up guns. There is no harm in this unless we try and interpret the same wrongly,” the officer added. In Sopore town, however, friends and family are still wondering whether Satar’s celebrations would end for him to start his routine activities on Monday.