Kerala Blasters FC, one of the eight teams in ISL 2014, owned by Sachin Tendulkar and Prasad V Potluri. 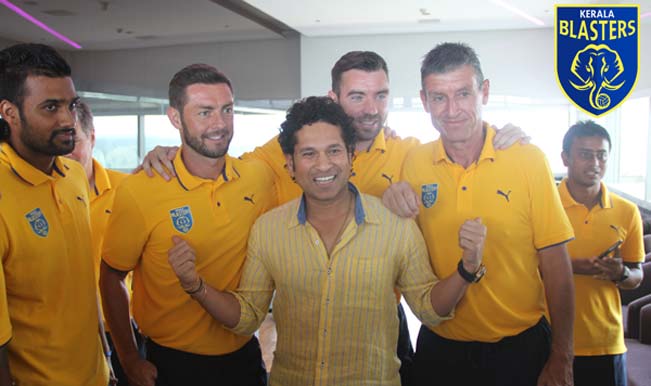 One of India’s most famous sons, cricketing demi-god Sachin Tendulkar had expressed an interest, many months ago to own an Indian Super League (ISL) team. The youth of Kerala were on a mission to woo the master blaster to hold a stake in Kochi franchise and as events transpired, Sachin joins fellow stalwart, Sourav Ganguly and young sensation Virat Kohli in the ISL.Also Read - T20 World Cup: I Feel Sorry for Sachin, Shoaib Akhtar Predicts Tendulkar's Future Had He Been Born in this ERA

Veteran English goalkeeper was named as the marquee player/coach in the Kochi setup. Like every other team in the ISL, the Kochi franchise, too have some established names in their set-up. Squad depth though, is missing in their roster and in the long run, the team may get found out if a couple of injuries crop during the grueling run of fixtures. Also Read - VIDEO: When Virat Kohli Bowed to Sachin Tendulkar to Show Respect After India Hammer Pakistan in 2016 T20 WC

Manipur’s Renedy Singh is one of the star names in Indian football and has been one of the mainstays of the national team since the late 1990s. Ramandeep Singh is another prominent name in the team and the heart of the defence, the responsibilities have been handed over to the likes of Nirmal Chettri and Saumik Dey, who will have to be consistent to patrol the back four. Scotsman Jamie McAllister, who is also part of the coaching staff is the left-back and has a lot to prove after a less than adequate career so far. The midfield has Godwin Franco, another renowned name in Indian football and Mohammedan Sporting’s energetic schemer, Penn Orgi. Also Read - WATCH: Sachin Tendulkar in Awe of Young Spinner's Passion, Rashid Khan Reacts on Viral Video 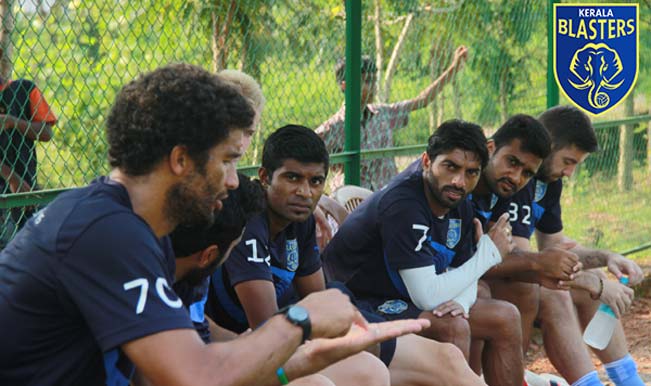 David James (left) in discussion with his teammates.

Though James is named as the marquee signing, Michael Chopra will be the cynosure of all eyes as Premier League fans are already familiar with the former Newcastle United and Sunderland striker. Born to an Indian father, Chopra was persuaded by former Indian coaches to exchange the three lions jersey for the dark blue but those advances were never enough to tempt him to cross shores. Chopra has impressed in patches in the Premier League, but has plenty to prove as to why he had the quality to be on the fringes of the English side that had a strikeforce of Michael Owen and a teenage Wayne Rooney.