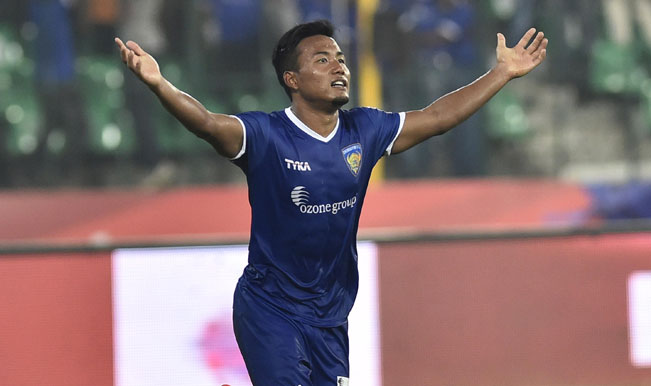 Kochi:  Tabble toppers Chennaiyin FC would look to leave behind the disappointment of their previous match loss and go for win to seal a semifinal spot when they take on Kerala Blasters FC in their Indian Super League (ISL) 2014 fixture in Kochi on Sunday. With 19 points from 11 matches, a win at the Jawaharlal Nehru Staium will virtually ensure Chennaiyin a semifinal spot. Also Read - East Bengal Head Coach Robbie Fowler Promises to Treat Each Player Equally

Their morale might be a bit low after their 0-3 drubbing at the hands of NorthEast United FC in Guwahati on November 27 but the Abhishek Bachchan-owned team has the quality to bounce back in style. Chennaiyin have been among the best attacking sides in this ISL and they have notched up maximum wins of five of all the eight teams. Also Read - ISL 2020-21: Jamshedpur FC Sign Seasoned Goalkeeper TP Rehenesh

With three matches at hand, they still have a chance to make it to the semifinals even if they lose. But they would like to book a last-four berth before the final two games of the league stage and doing that will give them a huge boost to their confidence going into the semifinals. But defeating the hosts won’t be easy for the visitors as the Blasters are yet to lose on their home ground so far in the tournament.

Chennaiyin will also be without their star player Elano Blumer, who is also the tournament’s highest scorer with eight goals. The Brazilian injured his calf against FC Pune City in a group match earlier in the competition. He will not be available at least till Chennaiyin’s final league match. Kerala, on the other hand, will be eyeing to jump to the second spot to make themselves easier to qualify for the semifinals. They are currently at the fourth position with 15 points from 11 matches.