Newly-crowned China Open champion Kidambi Srikanth Monday said he never took the victory for granted and never believed that he could pull it off until he won as he knew that his opponent in the final -- two-time Olympic champion Lin Dan of China -- could make a comeback at any point. 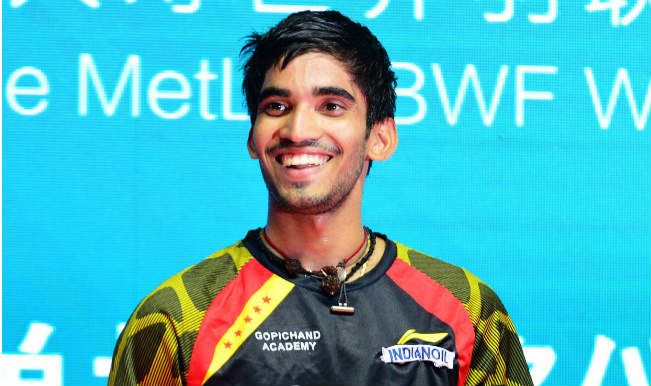 New Delhi, Nov 17 Newly-crowned China Open champion Kidambi Srikanth Monday said he never took the victory for granted and never believed that he could pull it off until he won as he knew that his opponent in the final — two-time Olympic champion Lin Dan of China — could make a comeback at any point. A Pullela Gopichand protege, Srikanth created history Sunday by becoming the first Indian male shuttler to bag a Super Series Premier title when he defeated five-time World Champion ‘Super’ Dan in straight games of the men’s singles final in Fuzhou. Also Read - Denmark Open Badminton 2020: India's Kidambi Srikanth Storms Into Quarterfinals

“I never thought about the win. Only after winning the 21st and last point of the second game did I realise what I had done. Till then I knew that a player like Lin Dan can come back anytime. I just wanted to stay focussed throughout the match,” Srikanth told IANS in a telephonic interview from Hong Kong. “I had nothing to lose and just wanted to go out there and enjoy playing with him in the final of such a big tournament. I just tried to give my best….” Also Read - Denmark Open 2020: India's Kidambi Srikanth Beats Toby Penty to Enter 2nd Round

Greats of badminton like Malaysia’s Olympic bronze medallist Rashid Sidek highly rate the 21-year-old Indian. Though Srikanth has upset some top players in the recent past — which also led him to the 2013 Thailand Open, his consistency has been an issue. “I have lost a few matches in the past despite reaching match point. So this time my coaches just asked me to relax and calm down and think of only that one point and nothing else. When I won, it was amazing and I am very excited with the victory,” said the World No.16, who is bound to rise in the rankings following the title-win.

Often touted as the next big thing of Indian badminton, the reigning national champion does not see the expectations from him as pressure. On the contrary, he says, it gives him the motivation to perform better. “I take them only as an encouragement. Everybody wants me to win more tournaments and it only means that I have so many well wishers and I am very happy to know that,” said Srikanth, who trains at the Gopichand Badminton Academy in Hyderabad.

“My family was very happy with the win and yesterday was Gopi bhaiya’s birthday so my win is like his birthday gift.” The shy lad from Guntur now has a real chance of playing in the year-ending Super Series Finals which will be held in Dubai Dec 17-21. Only the top-8 of the Super Series rankings play the prestigious event and Srikanth in currently ranked No.9. When the rankings are revised Thursday, the Andhra lad is surely to make it to top-8.

“I now have a real chance of playing the Super Series Finals. I am very happy and excited about it. But for now, I just want to play well at the Hong Kong Open Super Series,” concluded Srikanth.