CSK face KXIP in the semi-final of the Champions League T20 2014. 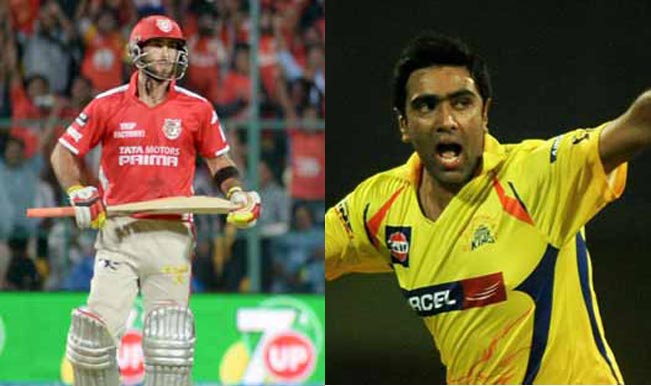 Kings XI Punjab (KXIP) take on the Chennai Super Kings (CSK) at the Rajiv Gandhi International Stadium, Uppal, Hyderabad in the 2nd semi-final of the Champions League T20 2014. Sanjay Bangar’s side have won all their matches in Group A and had little trouble in brushing aside Hobart Hurricanes, Barbados Tridents, Cape Cobras and Northern Districts.

CSK have managed only two victories and now are looking to qualify into the final for the second time in the history of the tournament. We take a look at the top three battles that will make or break this do-or-die clash.

The battle is likely to unveil the course of the game no matter whichever team bats first in the match. Vohra has shown despite his tender age of 21 that he can be a top batsman soaking the pressure off at the start of Punjab’s innings.

On the other hand, Sharma has been responsible for derailing the opening batsmen and prevent the opposition from raking up the runs on the board. The 26-year-old bowler has snapped up six wickets in total but conceded considerable runs against the Dolphins and KKR in the four overs bowled. Now, which of the two will shine remains to be seen but this tussle will be highly exhilarating and Vohra will be hoping to power the Kings XI into the final.

The rivalry between Glenn Maxwell and Ravichandran Ashwin entered a whole new level in the second qualifier of IPL 2014. The 25-year-old Australian had smashed a six when he came on strike against Ashwin. But the Indian spinner avenged the shot by dismissing Maxwell in what was his final delivery of the over.

Ashwin then blew a kiss to bid goodbye which certainly wouldn’t have gone down too well with Maxwell. The two will once again pit their wits against each other and the Kings XI star will certainly be aiming to notch his first half-century of this year’s tournament. How Ashwin will tackle the hard-hitting middle-order batsman in this mouthwatering clash remains to be seen.

Clash of another opening pair, Brendon McCullum and Parwinder Awana will open the batting and bowling respectively for CSK and KXIP. The New Zealand skipper has not enjoyed a stellar tournament so far barring the 49 scored against the Dolphins in the Group stage.

Awana on the other hand has been least economical and has given away 132 runs in the 15 overs he bowled. An economy rate of 8.8 is certainly not something a bowler would be keen to have on his books. But the 28-year-old also has notched five wickets in total, three of which were against Barbados Tridents.

How will Awana keep CSK’s batting order that includes Dwayne Smith, McCullum and Raina in check? That is a tricky question but McCullum will be looking to take advantage of the bowler’s past and give his team a dream start en route to the final.