Spinner Suryakumar Yadav has been reported for a suspected illegal bowling action, making him the fifth bowler to be suspended in the Champions League Twenty20 tournament. 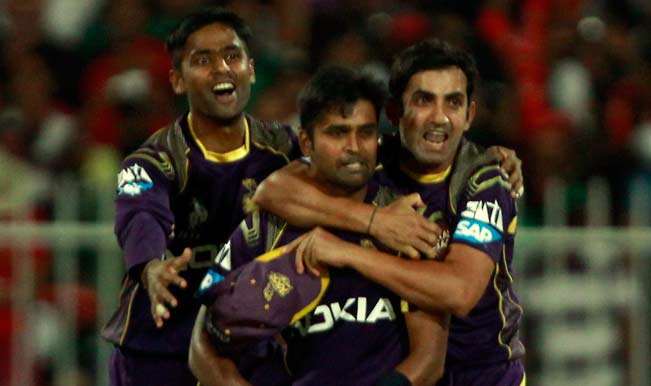 Bangalore, Oct 5: Spinner Suryakumar Yadav has been reported for a suspected illegal bowling action, making him the fifth bowler to be suspended in the Champions League Twenty20 tournament. The part-time off-spinner was reported during his side Kolkata Knight Riders’ defeat in Saturday night’s final against Chennai Super Kings. Yadav has been placed on the ‘warning list’.

“After all video evidence of the match was taken into account, on-field umpires Rod Tucker and Kumar Dharmasena along with third umpire S. Ravi felt that there was a flex action in his elbow beyond the acceptable limit when bowling during the match,” a release from Champions League T20 said.

Besides Yadav, his team-mate Sunil Narine, Dolphins’ Prenelan Subrayen and Adnan Rasool and Mohammed Hafeez of Lahore Lions have also been reported for illegal action during the tournament. As per CLT20 Suspected Illegal Bowling Action policy, Yadav will have to request an official assessment from the Board of Control for Cricket in India (BCCI) Suspect Bowling Action Committee.

A player on the warning list is suspended from bowling in any matches organised by the BCCI until he is cleared. The suspended player may continue to be selected to play in matches but will not be entitled to bowl.