Kuldeep Yadav was exceptional with the ball tonight, picking up 3 important wickets while giving away just 24 runs in the process. 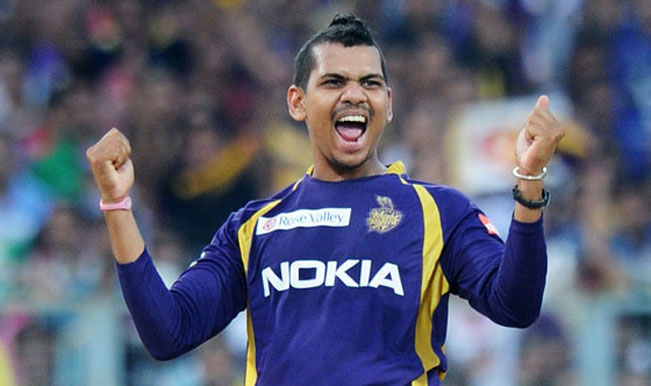 Perth Scorchers scored a decent total of 151, after the openers gave them an excellent start in the first 10 overs. The innings was supported by some genuinely good and planned innings from Adam Voges and , setting up a challenging total for the Knight Riders. Also Read - IPL 2020: Gautam Gambhir Feels Sunil Narine Will be Very Effective For KKR if He Gets Help From UAE Wickets

Perth Scorchers won the toss and elected to bat first, a decision that proved to be right when the openers gave them a watchful, but decent start at the top o the innings. Craig Simmons and Adam Voges made sure that the Scorchers didn’t lose any wickets in the first 6 powerplay overs. The two openers shared a partnership of 68 runs for the first wicket, before Simmons was stumped of the bowling of the young Kuldeep Yadav. Also Read - Have Already Started Preparing For Australia Tour, Says Kuldeep Yadav

Mitchell Marsh, the star of the last game for the Scorchers joined hands with the captain in the middle. He couldn’t stay on the wicket for too long though. He became Kuldeep’s second scalp of thenday, as he too was dismissed stumped by Uthappa in the 13th over. Marsh could only add 4 runs on the board, while Simmons had added 39. Also Read - Kuldeep Yadav Explains Why He And Yuzvendra Chahal Do Not Regularly Feature Together in India XI

Adam Voges was the star as far as batting was concerned as he not only the handled the spinners well but also made sure that the scoring rate never slowed down. He found able support in the form of Craig Simmons at the start of the innings and from the others in fraction. Sam Whiteman in particular looked extremely good while he lasted, even smacking Sunil Narine for 14 runs in an over, before being dismissed by Narine himself in the same over.

Kuldeep Yadav was exceptional with the ball tonight, picking up 3 important wickets while giving away just 24 runs in the process. He accounted for the wickets of Simmons, Marsh and Courter Nile. On the other hand, Narine didn’t look his exceptional best as the Scorchers took the sweeping root out of his bowling and scored heavily off him. Although he did go for runs, Narine still managed to pick up wickets, getting Whiteman, Turner, Arafat and Agar giving away 31 runs.

The Scorchers ultimately ended up scoring 151 runs, a score they won’t really be happy with considering the batting fire of the Knight Riders. Adam Voges played an outstanding innings of 71 runs, holding the innings together in between the strikes delivered by Narine and Yadav.