Indian cricket spinner Kuldeep Yadav denied reports which suggested that he said Dhoni was wrong at times with his advice. The 24-year-old took to social media to clarify his stance and slammed media for the fake news.

Indian bowler Kuldeep Yadav recently found himself amidst controversy and received a lot of flak for it on social media. The 24-year-old reportedly said that former Indian skipper MS Dhoni makes mistakes but it cannot be pointed out to him. Yadav further said that Dhoni is not much of a talker and shares his opinions only in between overs.Also Read - Virat Kohli: Even In A Room Full Of People Who Love Me, I've Felt Alone

Social media did not take the comments well as MS Dhoni is known as the master tactician. He has won several matches for Team India under his captaincy where he has taken vital decisions. Also Read - KL Rahul's Response to MS Dhoni, Rohit Sharma Question Goes Viral | WATCH VIDEO

The 37-year-old’s understanding of the game is second to none and the wicketkeeper-batsman also instructs the bowlers at times to overcome tricky situations. Even Yadav has benefitted from his advice. Also Read - Jemimah Rodrigues Makes BIG Claim, Says She Belongs to 'Elite Company' of Virat Kohli, MS Dhoni | VIRAL TWEET

“There are a lot of times he (Dhoni) goes wrong but then you can’t say that to him. Zyada baat nahi karte woh (he doesn’t speak much). He speaks only between overs if he thinks he needs to point out something,”

Yadav had recently won the ‘Outstanding Performer of The Year Award’. However, following the comments which surfaced, Dhoni’s fans left no stone unturned to troll Yadav.

Later, Yadav took to his Instagram to clarify on the matter where he denied making those comments and also slammed the media for spreading the fake news.

“Here we go for another made up controversies by our media who loves to make tangy rumours for no reason. Just want to throw some light on the issue that has been proliferated by some people, that the news is totally false. I didn’t give any inappropriate statement about anyone. #Much respect Mahi bhai,” he wrote. 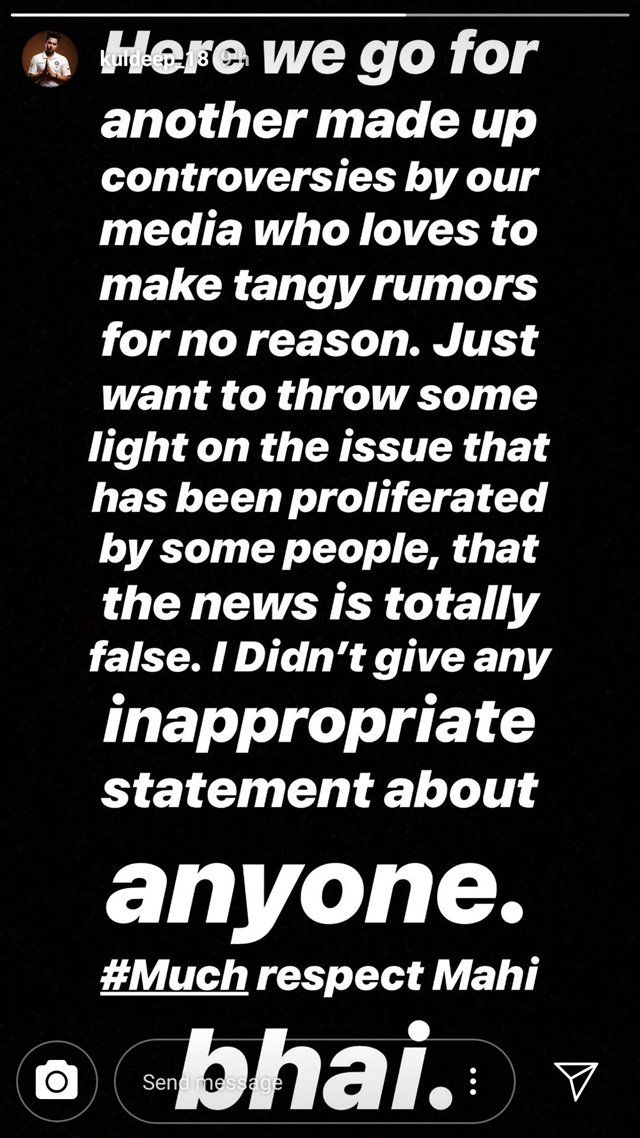