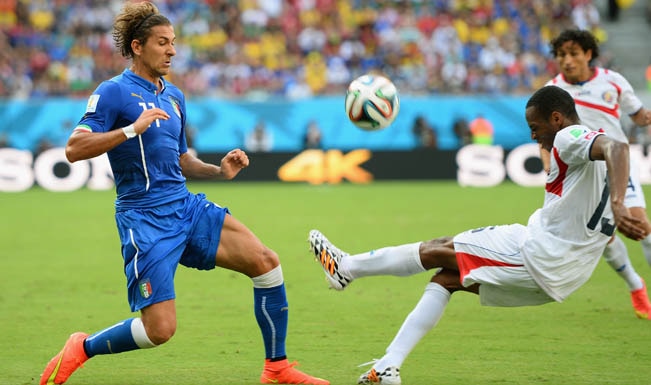 MADRID – La Liga champions Atletico Madrid have reached an agreement with Torino for the signing of Italian international Alessio Cerci, the Spanish club announced on Sunday. The 27-year-old becomes Atletico’s 10th signing of the summer as they look to bolster their squad following the departures of Diego Costa, Filipe Luis and Thibaut Courtois to Chelsea. Also Read - Luis Suarez Powers Atletico Madrid to La Liga Title With 2-1 Win Over Real Valladolid

“The agreement reached with Torino for the transfer of Cerci is great news for everyone,” Atletico sporting director Jose Luis Perez Caminero told the club’s website. “He was a clear objective to finalise strengthening our squad ahead of the important challenges we have this season. We have had to make a significant effort after all the moves we have made this summer, but we are convinced it is worth it because he is going to be a key part of our team.” Also Read - Real Madrid Midfielder Toni Kross Tests Positive for Covid, Unavailable for League Decider

Cerci scored 13 goals and provided 12 assists as Torino finished seventh in Serie A last season to qualify for the Europa League. He was also included in Cesare Prandelli’s World Cup squad, but made just one appearance off the bench in Brazil as Italy lost 1-0 to Costa Rica.