In this battle of two sub-continent sides, Lahore Lions and Southern Express will provide the spectators a chance to see quality and also battle between survival and pride. 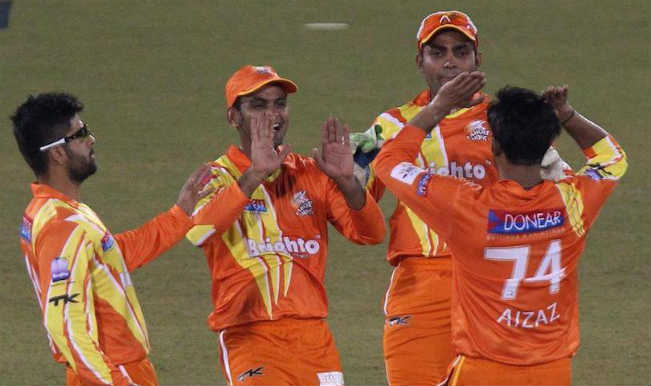 Watch the Free Live Streaming as Lahore Lions (LL) take on Southern Express (SE) in the fifth qualifier match of the Champions League T20 (CLT20) 2014 at Raipur on September 16, Tuesday at 4.00 pm IST. This match is important from Lions perspective as a win here will help them tie with Mumbai Indians and Northern Knights who will play the last qualifying match of CLT20 2014 later in the day.  The T20 match that is keenly followed is scheduled for a 8.00 pm IST, 11.00 am ET start with live coverage on Star Sports 1, Star Sports 3 and Star Sports HD1 in India. Watch the interesting battle via live streaming online in India here. Also Read - India vs West Indies 2014: Sunil Narine withdrawn from West Indies squad after being reported over illegal bowling action

Lahore Lions got off to a fantastic start in the Champions League T20 against Mumbai Indians when they posted a six wickets victory  opposite the side in blue but the Pakistani side ran out of steam in their next qualifying match against Northern Knights of New Zealand. They were thrashed badly and lost by 72 runs that placed them second from bottom of the table. Catch the over by over Live Updates of Qualifier 5 – Lahore Lions vs Southern Express Also Read - Chennai Super Kings (CSK) beat Kolkata Knight Riders (KKR) in CLT20 2014 final: 7 interesting stats

As for their opponent in Qualifier 5, Southern Express are well out of the contention for the group stage after losing both their match against Northern Knights by 7 wickets and Mumbai Indians by 9 wickets. A win here for Lions will give them a hope to qualify for group stage starting from tomorrow September 17 while Southern Express will ensure to end their tour on a high note and play the role of spoil-sports for Lions and add drama to the ongoing tournament.

In this battle of two sub-continent sides, Lahore Lions and Southern Express will provide the spectators a chance to see quality and also battle between survival and pride. While in yet another double-header match day, this match will be followed by a mouth-watering clash between Mumbai Indians and Northern Knights at the same venue.