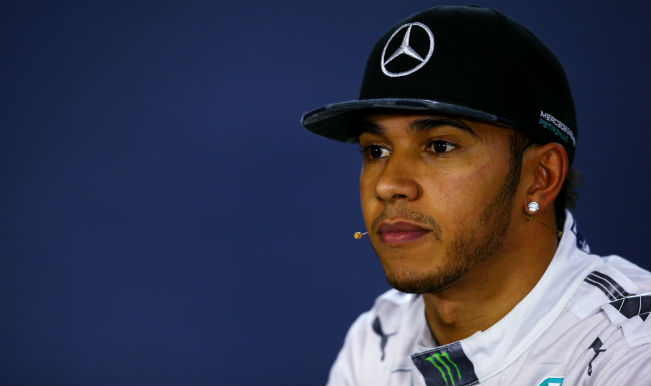 Starting second behind Mercedes teammate Nico Rosberg, Hamilton had to finish second if Rosberg won the race to seal the title in his favour. However, a technical glitch in the hybrid system of Rosberg’s car massively slowed down the German who eventually finished 14th and out of the points. Also Read - British Grand Prix 2020: Lewis Hamilton Secures Win Despite Punctured Tyre on The Last Lap

Hamilton, who won his first title in 2008, had the perfect start as he jumped pole-sitter Rosberg, who had a poor start, even before the first corner and maintained the lead over his teammate throughout the race.

What made the race even more exciting was that for the first time in the history of the sport, double points were on offer. Meaning the one finishing first would bag 50 points instead of 25, second placed man would take on 36 instead of 18 and so on.

However, a brilliant start coupled with Rosberg’s problems easily landed the race and the world title in the lap of Hamilton, who earned his 11th victory of the season.

Red Bull’s Daniel Ricciardo, who started from the pit lane, drove a superb race to finish fourth ahead of McLaren’s Jenson Button, who could have well been driving his last F1 race as he is currently without a seat for next season.

The Force Indias of Nico Hulkenberg and Sergio Perez came home in sixth and seventh ahead of four-time World Champion Sebastian Vettel, who was racing for the last time for Red Bull as he heads to Ferrari for 2015.

Overall at the end of the 19-race season, Hamilton headed the championship with 384 points with teammate Rosberg, who had four wins in 2014, second with 317. With three GP victories, Ricciardo finished third with 238 points.

The constructors’ title was already clinched by Mercedes, who have won 16 of the 19 races, earlier in the season with 701 points. Red Bull had also sealed second place with 405 points while Williams ended third with 320.